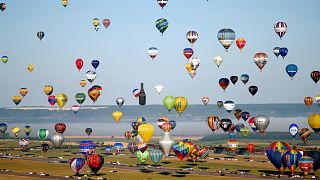 Balloon extravaganza in France misses out on world record

Participants took off early in the morning from the Chambley aerodrome.

The event's mass ascent, which takes place every two years in the Lorraine region, is one of the biggest of its kind in the world, organisers said.