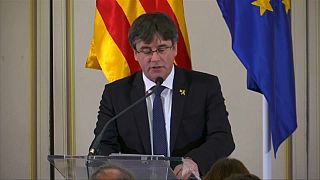 Carles Puigdemont, former President of Catalonia, will have to travel to Madrid today if he’s to validate his status as a member of the new European Parliament.

However, he could face arrest, as even if elected he wouldn’t have political immunity.

Spain's Central Electoral Board passed a resolution last Thursday which stated that if newly-elected MEPs want their status to be activated, they need to visit Madrid today.

The elected candidates will "take an oath or promise of compliance with the Constitution" in a ceremony due to take place at midday in the Congress.

Puigdemont was removed from office two years ago by the Spanish government after a unilateral declaration of Catalan independence. He is currently living in Brussels.

Puigdemont approved the legislation for the independence referendum and it took place on October 1, 2017.

Despite the closure of some polling stations and the reported use of excessive force by Spanish Police, 43% of Catalan citizens managed to vote in the referendum — 92% of those that did supported independence.

The Catalan Parliament then declared independence a month later, resulting in the Spanish government dismissing Puigdemont and imposing direct rule on Catalonia.

The Catalan Parliament was dissolved and Puigdemont and some of his colleagues were charged with rebellion, sedition and misuse of public funds.

At the regional elections held on December 21 that year, Puigdemont was re-elected to Parliament and Catalan secessionists retained a slim majority.

Official results showed actual support for independence at 47.6%, compared to 43.5% that voted against independence.

Puigdemont called for fresh talks with the then Spanish Prime Minister, but this was refused.