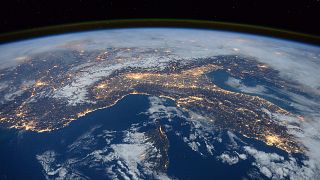 Which countries are the most peaceful in the world?

Peacefulness across the world has improved for the first time in five years, but it is less peaceful than a decade ago, according to a major report.

The Global Peace Index found that many conflicts that emerged over the past ten years have begun to subside.

But, despite the positive change, new domestic and international tensions have since unfolded.

Iceland remained unchallenged as the most peaceful country in the world, a title it has held since 2008.

It is followed by New Zealand and Portugal, a new entry into the top spots.

At the bottom of the list, Afghanistan replaced Syria as the least peaceful country.

The average country score improved by 0.09 per cent, with 86 countries getting better and 76 deteriorating.

Bhutan is the most improved country in the top 20, rising 43 places in the past 12 years.

The annual report, produced by the Institute for Economics and Peace (IEP), looked at militarisation, conflict and leadership, as well as other factors, across 163 countries.

For the first time, climate change received a dedicated section in the report, which is the largest of its kind.

Steve Killelea, founder and CEO of the IEP, told Euronews that researchers examine countries that have major effect on the environment and compare it with its peacefulness ranking.

"We found that if we took the 25 countries at the bottom of the Global Peace Index, 103 million people live in areas which are likely to have a high impact on a climate change event in the next decade," he said.

The average country score improved by 0.09 percent, with 86 countries improving, and 76 recording deteriorations.