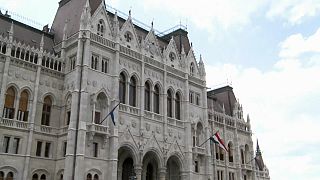 Hungarians celebrated the country's accession to the EU in 2004 but according to former Foreign Minister Péter Balázs their enthusiasm was short-lived.

Balázs, who is now professor at the Central European University, said that the enthusiasm of the Hungarians lasted until joining the Eu, but then Hungary lost its vision, and the third Orbán government was clearly hostile to Brussels politics.

"But the big turnaround took place in 2014, when another Orbán government took office, and the EU-affairs were reallocated from the Ministry of Foreign affairs to the prime minister's control, and there it even disappeared a bit, and it seems that the head of government has personally taken over the EU-affairs, leading a particularly hostile, confrontational policy”.

According to Attila Juhász, a researcher at Political Capital, the citizens of the countries that joined in 2004 are still pro-European.

“Compared to the Western European countries, these are still more in favour of the EU. Most likely, this is due to the fact that in recent years the biggest beneficiaries of the EU budget were these newly accepted countries.”