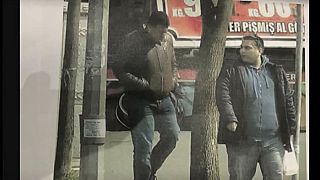 A man accused of being a spy for the United Arab Emirates has been found dead in his prison cell in Turkey. Authorities say the suspect was arrested in mid-April and had allegedly confessed to spying on Arab nationals.

Turkish state media reported his death as a suicide. The country’s prosecution office is believed to be investigating how he managed to kill himself in solitary confinement. The suspect, named as Zaki Y. M. Hasan, was found hanging from the bathroom door in his one-person cell in Silivri prison, west of Istanbul, when guards arrived to give him food on Sunday morning, the prosecutor’s office statement said.

He was arrested with another man on the 15th of April and was charged four days later with "political, military and international espionage" - after both men allegedly confessed to spying on UAE dissidents.

Turkey has not identified the nationality of either detainee but Turkish state broadcaster TRT’s Arabic service said both were Palestinians and carried Palestinian passports. Hasan was a 55-year-old retired major general and a senior intelligence official, TRT said on its website.

Turkish officials have said they are investigating possible links between the two men and the murder of Saudi journalist Jamal Khashoggi over six months ago.

Khashoggi was a prominent US-based journalist with the Washington Post and a fierce critic of Saudi Crown Prince Mohammed bin Salman. He was killed by Saudi agents when he attended an appointment at the Saudi consulate in Istanbul last October.

Jamal Khashoggi was, according to a report from the UN "the victim of a brutal and premeditated killing, planned and perpetrated by officials of the state of Saudi Arabia". The Saudi government has insisted the killing at their country’s embassy was a "rogue operation."

Watch Kristina Jovanovski's report from Istanbul in the player above?