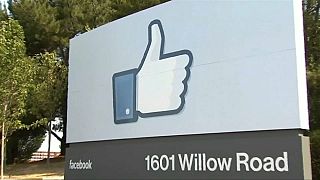 The European Union is warning international technology giants that they must do more to combat fake news - or face tougher regulation.

EU commissioners unveiled a report on how far Google, Facebook, Twitter and Mozilla had come in complying with the bloc's Code of Practice on Disinformation.

The Commissioner for Security of the Union, Julian King, said he was dissatisfied by Facebook's new plan to tackle fake news, which he called "patchy."

"There has been some encouraging progress since the start of this process, but there is still much more that needs to be done."

The whole question around political advertising needs to be looked at and a lot of new transparency measures need to be put in place to show where funding for political campaigns actually comes from. In that respect, it is encouraging that the EU code of practice addresses this."

There comes a point where we need to make an assessment of what is a legitimate political party or legitimate piece of information or content - and what is not."

There's a thin line between giving people a platform for a political position, the tools facilitate the democratic process and giving them the powers to disrupt it."