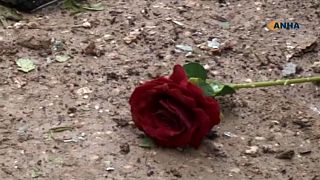 American troops killed in Syria blast - claimed by IS

Deadly terror attack claims the lives of four Americans. The attack claimed by IS - comes a month after President Trump announces the withdrawal of troops from the country due to his alleged defeat of