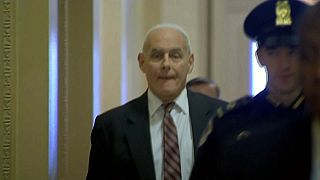 Outgoing White House Chief of Staff John Kelly has given a frank interview to the Los Angeles Times about his time working for President Trump.

The retired Marine General spoke of his compassion for illegal immigrants to the US and said his tenure should be judged on what Trump did not do while he was there.

General Kelly told the LA Times: “Illegal immigrants, overwhelmingly, are not bad people”, adding "I have nothing but compassion for them, the young kids."

He continued: “If you want to stop illegal immigration, stop US demand for drugs, and expand economic opportunity” in Central America.