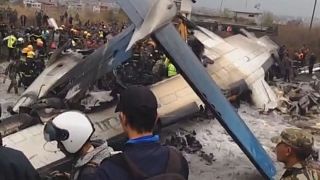 A Bangladeshi aircraft carrying 67 passengers and four crew crashed on landing at Nepal's Kathmandu airport on Monday (March 12), an airport official said, adding that 17 people on board had been rescued.

At least 49 people were killed in the crash, and rescue workers were recovering badly burnt bodies from the wreckage. The airport had been shut down and all other flights diverted.

The aircraft, operated by US-Bangla, a privately owned Bangladeshi airline, was on a flight from the capital of Bangladesh Dhaka.