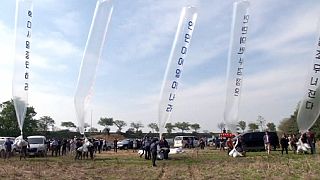 'Propaganda balloons' sent over border from South to North Korea