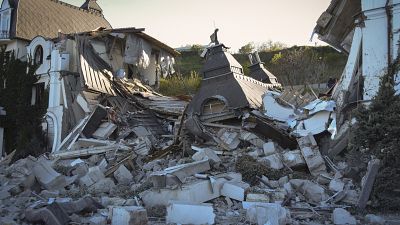 Ukraine used to have a booming tourism industry. It has a fascinating history, architecture, and culture and was generally cheaper and easier to visit than its neighbours Russia and Belarus.

In 2008, the country welcomed around 30 million visitors but following the beginning of the conflict with Russia in 2014 in the east of Ukraine, this number began to drop.

It’s estimated that just 3 million tourists visited the country in 2021. And with the ongoing war, this is only going to get worse in 2022.

Is the tourism industry in Ukraine on the verge of collapse?

Odesa, the third largest city in Ukraine, was once a popular holiday destination on the country’s Black Sea. The city is known for its 19th century European architecture and sandy beaches - both of which are uncommon in the country.

Right now, the beaches are off-limits as the Ukrainian military has rigged them with mines to fend off any attempted landings by Russian forces.

Recent airstrikes have also left many of the city’s hotels completely destroyed.

Euronews correspondent, Anelise Borges spoke to one woman who runs a B&B. Her business has totally disappeared.

“I didn’t expect this. How could I? We don’t have work. The beach is mined. I must feed my three kids and none of us have work right now,” she says.

Watch the video above to learn more about Ukraine’s tourism industry.