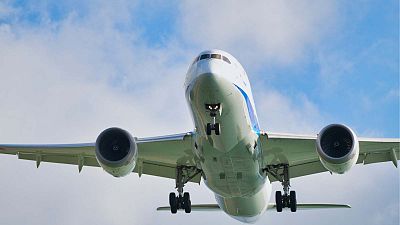 COVID-19 has not gone away, but it's beginning to feel a lot like the pandemic has come to an end - somehow.

As countries gradually (or sometimes suddenly, in the case of the UK) lift remaining measures and travel restrictions, adventure-starved people across the globe are expected to try to make up for lost time. Everyone wants to 'go big' on their holidays this year.

The aviation and tourism industries are longing for such a rebound, after two years of struggling to stay afloat.

But some are trying to meet this renewed desire for travel with initiatives the sector has never seen before. Alaska Airlines is launching a subscription-based flight service in the US - the first airline in the world to do so.

How does a subscription-based flight service work?

By buying a flight pass - either the standard 'Flight Pass' or the upgraded 'Flight Pass Pro' - subscribers to this airline will be able to fly up to 24 roundtrip flights per year. They’ll be able to travel between 16 West Coast cities for a starting sum of only €43 ($49) per month.

There is also the opportunity to book flights with a much shorter notice than the mandatory 90 days required by the standard subscription. For access to this perk, the cost of the service can cost up to €660 ($749) per month. And with the Pro Pass, passengers can book their flights up to two hours before take-off.

On top of the monthly fee, subscribers have to pay taxes, airport fees, and the nominal fare, which Alaska airlines estimates to be about €26 ($29.20) for a roundtrip.

It sounds like quite a bargain for frequent flyers, but there’s a catch: - you have to commit to a 12-month subscription, with the only option to cancel at the end of this period.

✈️? NEW! Ready to choose your own travel adventure within California, Nevada or Arizona? With an Alaska Flight Pass subscription, you’ll land frequent, flexible flights for one flat fee. It’s your ticket to more tickets! Get started: https://t.co/iuSq6pqRSlpic.twitter.com/gfSWdxJacf

Encouraging frequent flyers is bad for the environment

This disruptive initiative in the airline industry seems to be a direct response to the expected increase in travelling after two years of pandemic-related lockdowns.

But this could mean a significant increase in greenhouse gas emissions, speeding up global warming

According to Jackson, 24 roundtrip flights per year is far from ideal in the current state of climate emergency.

"Even 6 flights per year (the scheme offers 6, 12 or 24) is more than an individual wishing to reduce their impact on the planet should be comfortable with taking," he added.

And US citizens are already among those with the highest carbon footprint in the world.

Alaska Airlines' new subscription service, although innovative in the aviation industry, is at odds with the current debate over the climate crisis and the urgency to reduce carbon emissions.

"Instead of approaches like this that encourage more flying, we urgently need to disincentive avoidable air travel as much as we can," says Jackson.

"We need to urge people to think twice about taking extra trips by plane when either they don't need to, or make lower-carbon alternatives like trains or buses available.

"And if lower-carbon alternatives like high-speed rail aren't available, particularly in regions that can afford to implement the necessary infrastructure, we should be asking, 'why not?'."