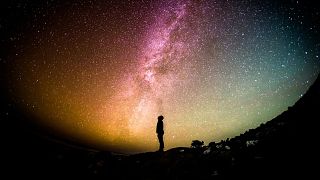 The Big Bang! city festival will see the quiet city of Leuven come to life with a full programme of live music, exhibitions, walking tours and renowned artworks celebrating the wonders of the universe.

The Big Bang theory was first introduced and theorised in 1931 by Georges Lemaître, then Professor of Physics at the University of Leuven. His theory was initially met with scepticism, but today the city celebrates the theory that changed our perception of the universe.

The festival is bringing together some of the greatest minds in art, culture and science from across Europe to host panel discussions and events throughout the winter.

The first major art exhibition at Big Bang! is called The Edge of Time, an exhibition held against the historical backdrop of Leuven University Library exploring the intersection of science and contemporary visual arts.

As part of the festival, from the 25 November to 5 December, the Planetarium will host a music festival, where attendees will be immersed in 360° visuals and music by Belgian and international headliners.

Under the cosmic dome, the images, beats, videos footage, and performance – all inspired by the universe – will wash over visitors, whisking them away and into the cosmos.

The city of Leuven is located 25 kilometres to the east of Brussels in Belgium, less than a half-hour train ride from the nation’s capital.

Home to one of Europe’s most prestigious universities, the city of Leuven is brimming with history and culture. Making this winter the perfect time to visit this unique city and brush up on your theoretical physics.