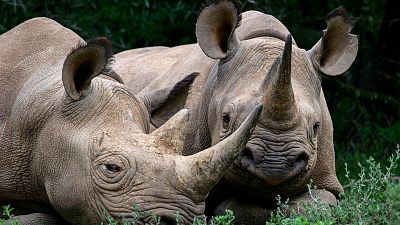 The history of the African safari is inextricably linked with hunting.

From as early as the 19th century, European colonists flocked to the continent and took advantage of the vast abundance of animals roaming the land. Hunting safaris soon became fashionable, and so the era of the ‘Great White Hunter’ began.

Thankfully, the idea behind this blood-thirsty tradition is now evolving.

Travel in Africa is changing, bringing with it a focus on conservation, sustainability and animal welfare.

Mantis is at the forefront of this movement, offering unique animal impact experiences alongside their existing selection of eco-lodges, boutique hotels and river cruises.

The Rhino Impact Experience is a six-day immersive stay at the Mantis Founder’s Lodge, South Africa. It offers guests the opportunity to get up close and personal with two of the world’s most endangered species - the white and black rhino.

These animals have long been the prey of poachers, for whom a single rhino horn can be worth in excess of €200,000.

“When you get close to an animal like that, it’s life changing. You get a whole new appreciation of rhinos,” says Paul Gardiner, CEO of Mantis.

Guests are invited to help the conservation team with essential work, from simple health check-ups to deploying poacher-deterrents.

“Instead of doing these checks quietly, behind the scenes, we are inviting guests to have an intimate, immersive experience,” continues Gardiner, who hopes to attract a new generation of tourists to South Africa.

What are the dangers facing wild rhinos in Africa?

South Africa is home to 80 per cent of the continent's wild rhino population.

Most of this illegal activity occurs in Kruger National Park, a 19,485 kilometre square habitat on South Africa’s north-eastern border with Mozambique.

Despite government funding intended to provide additional security in the park, poaching has caused Kruger’s rhino population to drop by 60 per cent since 2013.

But in recent years, this tragic decline has started to slow.

The environment ministry put this down to coronavirus lockdowns, which restricted the movement of would-be rhino horn smugglers.

But whether poaching is decreasing or not, one thing is for sure: the population of South Africa’s rhinos is at a dangerous tipping point, and the need for impactful conversation work is greater than ever.

What does the Mantis Impact Experience involve?

Guests will find themselves behind the scenes at conservation programmes, enrolled in nature courses and participating in ongoing anti-poaching operations.

But the experience is not all hard work.

The six-day expedition is also the perfect opportunity to relax in the luxurious settings of the Mantis Founder’s Lodge, situated alongside the world-renowned Shamwari Private Game Reserve.

The intimate accommodation is designed to give guests a sense of belonging, and comes complete with a steam room, two private swimming pools and a traditional South African boma - a fenced wildlife enclosure situated within the lodge itself.

Better yet, in-room spa treatments are available to guests who need some rejuvenation after a long day out in the bush.