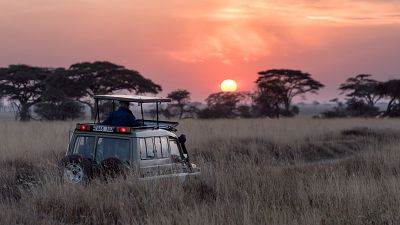 Africa is pretty much synonymous with safaris, and visiting its vast plains to admire the majestic elephants and roaring lions should definitely be on every wildlife enthusiast’s bucket list.

However, for those who want to experience something a little different, there are plenty of amazing alternative wildlife destinations to choose between. From forests bursting with avian life to frozen tundras that are home to elusive Arctic creatures, here are four exciting options for your next wildlife-watching expedition.

Located 15 kilometres off the south coast of Australia, Kangaroo Island is a laid-back destination that’s teeming with indigenous wildlife and natural beauty.

Its relative isolation has allowed the animals to flourish, and today they have an amazing 24 protected areas, 19 National and Conservation Parks and five Wilderness Protection Areas to call home.

While guided tours are the best way to guarantee finding the animals you’re hoping to see, the island’s easy accessibility and abundance of wildlife means self-guided walks are a great option too. Head to Seal Bay to wander among a colony of around 800 endangered Australian sea lions, or take a tour of the Hanson Bay Wildlife Sanctuary to get up close and personal with some marsupials. Here, you have the chance to see adorable native animals such as koalas, possums and wallabies. Not forgetting of course the island’s eponymous kangaroos, which form their own sub-species that are slightly shorter and stockier than other Western Grey kangaroos.

The word ‘safari’ tends to conjure up an image of a grassy savannah under the hot sun, but there are plenty of other fascinating environments that you can experience on a wildlife tour.

For something very different, journey to the Canadian Arctic. Nunavut is the northernmost inhabited place on the planet, and it’s home to a wide variety of animals that thrive in the cold weather. Due to the harsh surroundings and remote nature of the area, the best way to explore is by joining an organised tour.

On an Arctic safari you can watch majestic polar bears in their natural environment, including bear cubs if you’re lucky, as well as stunningly beautiful Arctic foxes. You can also take to the icy waters in a boat, kayak or even with a snorkel to see playful seals, Beluga whales and Narwhals with their distinctive tusks.

Head out to the ice here.

For wetland wonders: The Pantanal, Brazil

Brazil’s remote Pantanal region is the largest inland wetland area in the world, covering an amazing 230,000 square kilometres. Its high concentration of wildlife combined with the open landscapes make it the ideal location for spotting animals in their natural environment.

The region is home to a huge variety of birds, including endangered hyacinth macaws (the biggest parrots in the world) and the striking black-and-white jabiru stork. You can also find caiman, giant anteaters, square-nosed capybaras, tapirs, marsh deer and river otters in this nature-rich region. The highlight however, is the elusive and elegant jaguar, which comes out early in the morning and at dusk to drink and hunt.

The best time to go to the Pantanal if you want to see mammals is during the dry season from June to October, while the wet season in December to April is best for spotting aquatic animals, such as piranhas and green anacondas.

Costa Rica is well known for being one of the most biodiverse locations in the world and Corcovado National Park is among its top wildlife destinations.

Located on the Osa Peninsula on the Pacific coast, it encompasses a wide range of ecosystems such as rainforest, beaches, swamps, rivers, lagoons, marshes and cloud forest. It’s also home to a staggering half of all the species found in Costa Rica. That includes over 350 species of birds, among them the largest population of scarlet macaws in the country, as well as more than 100 types of butterflies and around 40 species of frogs.

When it comes to mammals, look out for the big eyes of the margay wildcat, the slow smile of the sloth, plus several different species of mischievous monkeys.

The park’s numerous and extensive hiking trails make it a wonderful spot for an active holiday. It’s recommended that you travel with a local guide for the best (and safest) experience.

Journey into the trees here.

Please note that there are currently travel restrictions in place due to COVID-19. Depending on which country you visit, hotels and restaurants may be closed, and wildlife tours may not be running. Always check government advice before making any bookings.