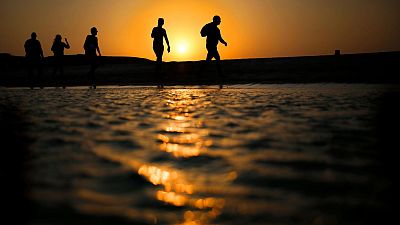 Egyptian authorities have launched an investigation after dozens of foreign tourists fell ill with food poisoning at a popular Red Sea resort.

At least 47 European travellers were hospitalised after eating dinner in the city of Hurghada, Egypt's public prosecutor said.

These included 29 Russian tourists, 12 Estonian nationals, and four people from the Czech Republic.

Many have now been discharged from hospital after their conditions improved, the prosecutor's office said in a statement.

Three hotel workers have been detained pending an investigation, the authority added.

"The Attorney General has ordered the arrest of the assistant manager of food and beverage, the hotel quality manager, and the head chef for four days," the prosecutor said on Facebook.

The three suspects have all denied accusations that they had endangered hotel guests' lives.

Tourism authorities have ordered the closure of the hotel, suspended its director, and revoked his work license.

Tourism authorities have also ordered the closure of the hotel, suspended its director, and revoked his work license.

The incident has come as Egypt is struggling to revive its vital tourism industry, which was badly hit by the turmoil that followed the 2011 uprising, and more recently by the coronavirus pandemic.

The government has kept looser virus-related restrictions in the Red Sea resorts of Hurghada and Sharm el-Sheikh to try to attract foreign visitors.