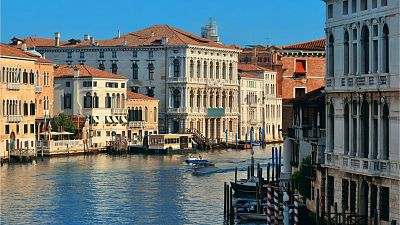 In recent years, Venice has been making headlines because it’s one of the European cities where climate change has become an inescapable reality.

Flash-flooding and rising water levels along its celebrated canals aren’t the only issue locals are facing, however. Now, Venetians are moving away from their city because living costs are too high.

Thanks to both mass tourism and COVID-related price rises, many Venice locals are having to abandon their city in favour of cheaper alternatives.

"For 4 years we searched for a house in Venice. That was frustrating,” explains local boat builder Giovanni De Ponte.

“You don't ask for them to give you money, you don't want to go to the moon. Only a house in the city where you were born.

“We have found an apartment on another island: Murano,” he adds.

This summer, the famous tourist hotspots opened up once more, drawing art, carnival and history lovers from around the world. Currently, living in Venice costs only 20 per cent less than living in New York.

How is Venice combatting its rising living costs?

Authorities are looking to fix the problem locals are facing.

Recently, we have seen a lot of the world’s most popular tourist destinations straining under an influx of post-lockdown visitors.

This has resulted in many locations limiting their visitor numbers and - in places like Thailand and Hawai’i - banning tourists altogether.

The municipality of Venice will be introducing a new system next summer. This will include a reservation process and entrance gates.