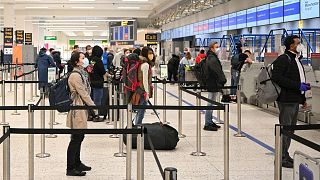 Britain's travel sector is bracing for a new wave of job cuts, with an industry trade body saying that more than two thirds of its members are planning to make redundancies shortly.

This is due to the UK government's restrictive holiday rules.

Airlines and travel companies have slammed Britain's travel rules as overly expensive and complicated, blaming them them for a second lost summer of holiday trade in 2021.

Travel industry body ABTA, which represents 4,300 travel brands, says that new bookings were 83 per cent lower in summer 2021 compared to pre-pandemic levels, and as a result most of its members are planning more job cuts at the end of this month when furlough ends.

The government's travel requirements have choked off this summer's travel trade.

"The government's travel requirements have choked off this summer's travel trade - putting jobs, businesses and the UK's connectivity at risk," ABTA Chief Executive Mark Tanzer said in a statement.

Estimated new redundancies will bring the total number of British jobs lost during COVID-19 to nearly 100,000 in the outbound travel sector, says ABTA, a figure which rises to 226,000 once the impact on the supply chain is included.

ABTA echoed calls from airlines and airports for the government to scrap the requirement for fully vaccinated travellers returning to the UK to take expensive PCR tests.

It also said that the government should provide tailored financial support to the travel industry which continues to suffer financial hardship - while the domestic economy has been able to recover.