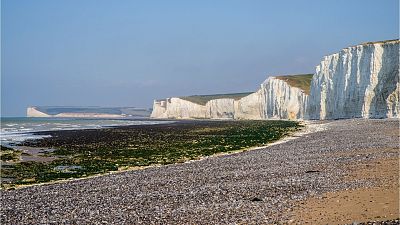 The UK’s traffic light system for international travel might be scrapped from October 1st 2021, according to an insider. It is predicted that rules will be based on a traveller’s vaccination status, rather than the risk level of the country they are returning from.

“The traffic light system is expected to be scrapped by 1st Oct - at last. Airlines and some of us in the sector are aware of plans to create a simpler system, where countries are either red or not.

“This would be the US model in effect, which I’ve been calling for.”

What is the UK’s current traffic light system?

For the past few months, the UK has categorised countries as either green, amber or red. Each list comes with different testing and quarantine requirements.

Over summer 2021, the government has updated the lists every three weeks. This has usually involved countries either moving to green or amber, which have the most lenient requirements, or being relegated to red, which requires a 10-day hotel quarantine on arrival.

You can find out which list different countries are currently on here.

Are the UK’s rules too strict?

The travel industry called out the UK government ahead of the summer for falling behind the rest of Europe - and the rest of the world - in its return to international travel.

As Charles pointed out on Twitter, “Scrapping of traffic light system would be a relief to pretty well everyone and herald a ‘living with an endemic’ approach, rather than blanket country measures.

“Would be a relief to countries in Africa, South America, Asia which don’t deserve to be red-listed.”

So what’s next for UK travel?

While the UK government has not indicated whether there is any truth to the claims made by Charles, he has correctly predicted travel changes in the past.

Industry leaders think the UK government will adopt a simplified approach, which has been called for since the traffic light system was announced.

As outlined by Charles above, it seems likely that this would exclusively be a ‘red list’. That is, a list of countries whose travellers are banned from entering the UK. This would mean the end of green and amber lists.

We have contacted the UK Cabinet Office for comment.

What do you think of the UK’s travel rules? Have you found them easy or difficult to follow? Tweet us @euronewstravel.

Italy: A list of things to do on your last minute getaway

Digital detox: These are the best places in the world to disconnect