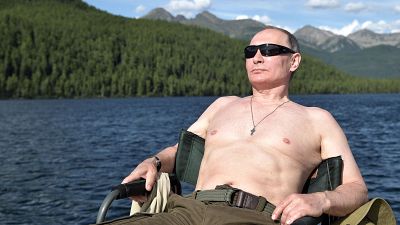 With fires raging in much of the Mediterranean and heatwaves sweeping across Europe, on top of the COVID-19 pandemic, many governments are advising nationals not to travel abroad except for essential reasons.

Should they be setting an example by following the rules they have set? If voters see politicians breaking the rules, will they be less likely to vote for them in the next election? Or do leaders deserve a holiday as much as the rest of us?

We’ve rounded up nine leaders who are taking a summer break in 2021, and looked at whether their plans are in line with their country’s rules.

No. 10 has said that it won't rule out an overseas summer holiday for Boris Johnson. But as of now it seems that the Prime Minister, his pregnant wife and their young son will opt to avoid the complications of international travel for the second year running, and take a staycation in the UK.

Last summer the couple visited the Applecross peninsula in Scotland. The British holiday was quite the change for the PM, who has been known to favour sunnier climes, having previously come under scrutiny for a luxurious trip to Mustique in December 2019.

Boris Johnson’s Environment Secretary, George Eustice, has suggested people take summer holidays in the UK, and not to “travel unless absolutely necessary”.

Eustice told Sky News he would be holidaying in Cornwall this year, adding: "I will be staying at home, I have no intention of travelling or going on a holiday abroad this summer."

Domestic travel around the UK is largely unrestricted so Prime Minister Johnson won’t be breaking any rules. He better book quickly though with accommodation hard to find.

This month it was reported that Pedro Sanchez is currently away on holiday in a “stunning location complete with helipad and swimming pool”.

But has he left the country? No, he is at La Mareta, the official National Heritage residence on Canary Island of Lanzarote. He will also spend time at the Palacio de las Marismillas, in the Coto de Doñana, southern Spain.

Sanchez will be holidaying with his wife Begoña Gomez, and his daughters, Carlota and Ainhoa. He has even taken along his dog Turca too.

President Sánchez is well within his rights to travel to another part of Spain on holiday as domestic travel around the country is not restricted.

Italy's president has chosen to go on a staycation this summer, in the run up to Ferragosto. Italy marks the national holiday of Ferragosto, the feast of the Assumption each year on 15 August. President Mattarella, who recently celebrated his 80th birthday, is returning to Sardinia where he holidayed in 2018 and 2019.

But last year, due to COVID-19 restrictions, the president sacrificed his Sardinian tradition by spending a few days in Castelporziano, not far from Rome.

Mattarella is legally allowed to travel to the island as Sardinia entered into one of Italy’s ‘white zones’ on 21st May this year. ‘White zones’ in Italy represent the lowest levels of COVID-19 cases.

The French President Emmanuel Macron and his wife Brigitte are taking a staycation on the Côte d'Azur this summer.

Recent photos show them sunbathing on a boat near the island of Porquerolles. They are currently staying at Fort de Brégançon, the official summer home of French presidents since Charles de Gaulle first started stayed there in 1968.

In the past though, Emmanuel Macron has been known to take a “few days of vacation in France”. His office insists that he remains “available at any time.”

When he was newly elected in 2017, Le Parisien opined that the leader must avoid the “bling bling” holidays enjoyed by his predecessors in order to stay grounded and keep in touch with his people.

Travelling within France is perfectly legal at the moment so Macron isn’t breaking any rules. There is no longer a curfew and mask wearing is not compulsory outdoors except in certain circumstances, such as in crowded areas. So the president better stay away from those busy beaches on the Côte d’Azur!

It is unclear whether Chancellor Merkel will go on holiday this year, but as she is due to leave office in the autumn she is embarking on trips before standing down.

Last month, she made her final official visits to the UK and the US to have discussions with Johnson and Biden.

A few years ago, Chancellor Merkel took a three-week holiday in the Italian Alps. At the time, Nicola Fuchs-Schündeln, a professor at Goethe University in Frankfurt, said it was “totally culturally accepted” that Ms. Merkel took a long break.

Merkel is permitted to visit the UK. But travellers from the European Schengen Area are currently banned from the US “with specific exceptions”. This means that citizens from Germany are technically not allowed to fly to North America, but presidential meetings may be considered exempt.

In March of this year, the Russian president and his defence minister, Sergei Shoygu, spent the weekend on holiday in Siberia. He was photographed driving an all-terrain vehicle through thick woodland and crossing a swaying rope bridge, while in the past he has been pictured fishing in the remote Tuva region.

Putin routinely appears on state television participating in various outdoor pursuits to “project the image of a healthy and robust leader capable of leading the country for many years to come”, according to the Moscow Times.

He also frequently visits his holiday home called Villa Sellgren, built on an island in the Vyborg Bay, around 12 miles from the Russian border with Finland. It is reported to have a gold plated swimming pool and underground spa engraved with his initials.

There are few domestic travel restrictions within Russia meaning that Putin is allowed to travel to Siberia. However, Buryatia in eastern Siberia ordered a lockdown in June to help slow the spread of COVID-19 and it is unclear if this has been lifted.

It is unclear whether Erdoğan will be taking a summer break this year.

But new photos of the President’s summer holiday mansion have recently been released by Turkish-Belgian architect, Şefik Birkiye. The 85,000 square metre palace has five buildings and a pool, as well as its own artificial beach, although it is right next to the coastal waters of Marmaris.

Photos of the mansion are sparking outrage in Turkey at a time when ordinary citizens are “struggling to feed their families,” reports The National.

Domestic travel in Turkey is not restricted so if Erdoğan wanted to take a trip to his holiday mansion on the south-west coast, he would be allowed to. But if the president wanted to pay a visit to the UK, he would have to quarantine in a hotel as Turkey is now on the UK’s “red list”.

President Marcelo Rebelo de Sousa spent some time in Madeira, the country’s autonomous island in the Atlantic Ocean, for Portugal Day in June this year.

It’s a day to celebrate all things Portuguese and is observed by millions of people in Portuguese-speaking countries and communities around the world. Portugal Day is a national holiday.

Rebelo de Sousa was there for the formal proceedings, where he gave a speech as the traditional military parade took place.

Travelling from Portugal to Madeira is within the rules, so Rebelo de Sousa wasn’t doing anything wrong by visiting the archipelago region for Portugal Day. In fact, he would have had more fun in Madeira as curfew is as late as 1am, whereas it’s still 10.30pm on the mainland due to more COVID-19 cases.

President Parmelin took part in federal celebrations in Herzogenbuchsee, in the municipality of Bern, and in Villars-sur-Ollon which is part of his home region of Vaud on 31st July this year.

On 1 August, he reportedly had brunch on a farm in the canton of Friborg, and then spent the evening in Lausanne.

It was reported that President Parmelin also visited Iceland earlier in July.

Although the trip was informally organised, ministers from Norway, Liechtenstein, Iceland and Switzerland, the European Free Trade Association countries, met in person for the first time since the COVID-19 pandemic began. They are said to have discussed a broad range of topics, including global trade.

Residents are permitted to travel within the borders of Switzerland, so Parmelin’s trip wasn’t breaking any rules. He may have been surrounded by quite a few tourists too, as Lausanne is a popular holiday spot and Switzerland has a larger permitted list of countries than most on the continent.

Do you know your country’s leader’s holiday plans? Do you support them taking a break? Let us know over on Twitter.

UPDATED: How UK travel restrictions will change in October