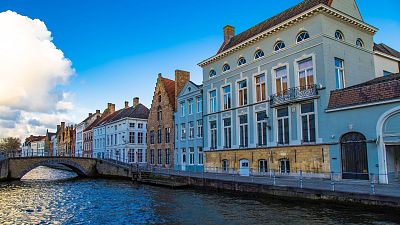 Such is the vice-like grip that Venice holds over the public’s imagination, when considering canal cities you could be forgiven for thinking that any others even exist.

An iconic corner of Italy, Venice is built on a group of 118 small islands separated by canals and linked by over 400 bridges. With the vast Grand Canal snaking its way through the city, Venice’s famous water scenes have been painted throughout history by the likes of Tintoretto, Guardi and Canaletto.

While that extraordinary medieval waterworld of the Adriatic does indeed set the bar high, Europe is full of cities pierced by charming canal networks which often add a delightful flourish to their landscape.

With their industrial significance long confined to a distant sepia-toned past, the canals of these cities are perfect for summer strolls and waterside drinks.

Here are a few of Europe’s finest.

One of the heavyweight contenders for the PR-pleasing title of ‘Venice of the North’, Bruges’s series of gorgeous picture-postcard waterways are an undeniably worthy rival. Flanked by ancient almshouses and lugubrious drooping beeches, Bruges’s canals wind along the outskirts of its historic city centre and appear photogenic in almost any direction.

Though it must be said, Bruges is also a serious rival to Venice when it comes to tourist numbers too so expect to be jostling for prime selfie positions, especially at the romantic hotspot of Rozenhoedkaai. Boat tours are also available and provide a fine way to see Europe’s most scenic cities.

Centred around a 17th century ring of canals built during the Dutch Golden Age, Amsterdam has more than 100 kilometres of these ancient waterways and around 1,500 bridges. So important are they to the identity of Amsterdam, there’s even a Museum of the Canals. Though frankly, I’d rather just get a boat tour where you’ll be able to learn about the canals while experiencing their charm along the way.

Though not as grand as Venice, the canals and bridges of Amsterdam have a style almost as distinct. Often flanked by colourful townhouses, leafy streets and padlocked bicycles, Amsterdam’s canals have an instantly recognisable sophistication.

As the world’s northernmost city with over 1 million residents, it’s probably not a wise idea to try and enjoy St. Petersburg’s grand canals in the dead of winter. When the city thaws in spring, though, the majesty of this famous old city can be seen vividly through its extensive waterways.

Built across the marshlands of the Neva River delta, St. Petersburg is crossed by around a 100 tributaries and canals totalling 300 kilometres and over 800 bridges. At only 228 metres long, the Winter Canal is one of the shortest in the city, but its granite embankment and elegant bridges make it one of St. Petersburg’s most picturesque spots.

Despite boasting more canals than both Amsterdam and Venice, Hamburg perhaps isn’t the first city you’d place on a romantic European canal trail map. But as Europe’s third-largest port after Rotterdam and Antwerp, this is a city where its waterways have always had much more pragmatic uses.

Yet there’s a hard-edged industrial beauty to the canals of modern Hamburg, especially the historic warehouse district of Speicherstadt (now the proud owner of a UNESCO World Heritage Site status). Though half of the warehouses were destroyed during World War Two, their grandeur is enduring and a walk or a boat tour here is a must-do.

Situated on an archipelago of fourteen islands, Sweden’s capital is full of intersecting canals and rivers crisscrossed by a tapestry of over 50 bridges. In fact, the original name for Stockholm’s historic Old Town was ‘"The Town between the Bridges" - Staden Mellan Broarna.

But despite being located in central Stockholm, the Djurgårdsbrunnskanalen Canal is one of the city’s quietest and most picturesque waterways. Stretching 5km between attraction-heavy Djurgården and the mainland, its meandering tree-lined path is one of Stockholm’s most popular walking routes.

People from Birmingham will proudly remind anyone who cares to listen that their city has ‘more canals than Venice’. Though most recently depicted as a grimy transport hub for Tommy Shelby’s gun-running racket in BBC drama Peaky Blinders, visitors will be glad to know that Birmingham’s canals are much prettier now than during their industrial heyday.

With over 100 miles (160 km) of canals still navigable, the buzzing bars and cafes at Gas Street Basin show off the city’s canals at their most vibrant, while the gently curving towpath running down to the University of Birmingham is a bucolic escape from the hum of the city centre.

With the 17th century waterfront district of Nyhavn at its heart, Copenhagen is one of Europe’s most charming cities to take a canal cruise. Famed for its brightly coloured townhouses and old wooden ships, Nyhavn’s a superb location to stroll on a summer afternoon or take a boat tour.

But while it may project an air of sophistication today, during its early years (from around 1670) Nyhavn was actually a notorious area for hedonistic sailors in search of alcohol and prostitutes. In the 19th century it was home to Hans Christian Anderson and in 1980 it was pedestrianised, leading to its revitalisation as a tourist area.

Italy to limit the number of tourists coming to Venice