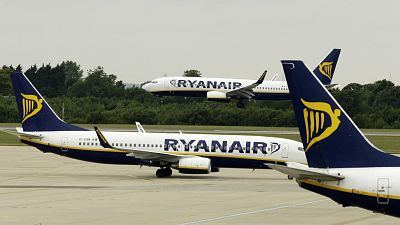 Ryanair and several British airports have said they will sue the UK government over international travel restrictions.

The companies say the government must explain how it makes decisions on the traffic light system for foreign countries. They say the lack of transparency has made it difficult for tourists to book their holidays and for companies to prepare for the recovery.

Michael O'Leary, chief executive of Ryanair, says, "The UK's traffic system has been a complete disaster from the start".

"We call on Prime Minister Boris Johnson to explain the science behind the system... and to establish a transparent model based on the data that can restore confidence before the crucial summer months."

The Irish airline said on Thursday it would use legal action to obtain more transparency. The lawsuit also includes the Manchester Airports Group (MAG), which owns London Stansted and East Midlands terminals.

Why are Ryanair suing the UK government?

The UK currently lists countries as "green", "amber", and "red" based on health risks associated with the COVID-29 pandemic.

The airline industry has repeatedly criticised the government, claiming that travel to Europe's sunny destinations is safe because of progress in vaccinations and the decline in the number of cases.

The UK was widely condemned for reversing a decision on Portugal this month by putting it on the "amber" list at very short noticed. This forced people to cut short their trips or quarantine for 10 days when back in the UK.

With Portugal's removal, no major European tourist destination is on the "green" list, which allows return to the UK without quarantine. Spain, Italy, France, and Greece are also on the "amber" list.

MAG has said other airlines should support the legal action against the UK's health and transport ministries. "Recent developments suggest that the government does not want to reopen international travel by placing low-risk countries on the green list," says Charlie Cornish, MAG's chief executive.

The UK government has indicated it would review allowing vaccinated citizens to travel to the country amid the growing pressure.

Everything you need to know about the EU's COVID travel pass