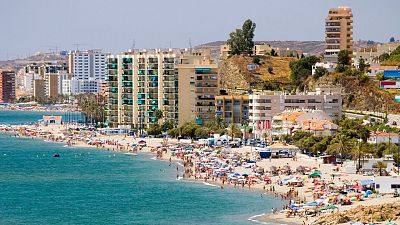 The UK government's announcement has provided some much needed clarity for those missing their summer holidays   -   Copyright  Canva
By Shannon McDonagh  •  Updated: 06/04/2021

The UK government has confirmed the introduction of a three-tier traffic light system to allow Brits to travel internationally.

Non-essential foreign trips will be organised into green, orange, and red zones with varying requirements for travel

What are the green, orange and red zones?

At present entrants from “red list” countries must pay to quarantine in a hotel for 10 days. This will continue, with four more countries being added to the list on Friday - Bangladesh, Kenya, Pakistan, and the Philippines. The addition of tiers will bring some flexibility as to where newly allowed destinations sit.

What zone each country falls into will be “driven by the data and evidence nearer the time,” the government said. This is expected to take place no earlier than 17th May, when the country intends on reintroducing indoor socialising and reopening entertainment venues in stage three of its “lockdown roadmap”.

Will summer holidays be possible for UK travellers?

Prime Minister Boris Johnson says he has not “given up” on UK residents getting their summer holidays and is desperate to “get the country flying again”.

He refused to guarantee that these holidays would recommence as part of the country’s third stage, but reassured keen travellers and airlines that they would be given plenty of notice in order to make arrangements.

“We are hopeful we can get going from May 17, but I do not wish to underestimate the difficulty we are seeing in some destinations people might want to go to.

“We don’t want to see the virus being reimported from abroad," he warned.

The Prime Minister previously failed to rule out vaccine passports as a contributor to this framework should this be a requirement of other countries.

More than 70 Members of Parliament, including 40 Conservative MPs, signed a pledge to oppose the “divisive and discriminatory use of Covid status certification”.

Further information on the system will be released later this week using information collected by the government’s Global Travel Taskforce.

The 10 best European countries for an epic hiking holiday