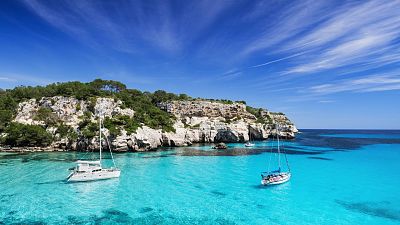 Once one of Europe’s biggest tourist destinations, Croatia relies on digital nomads to contribute to the nation’s economy and reboost its pandemic-hit travel industry.

Croatia started offering special visas to digital workers from outside the European Union in January 2021, allowing them to stay for up to a year and exempting them from income tax.

Is it easy to move to Croatia?

Melissa is one of around 100 people to have applied in January, more than half of which were American and British.

All she needed to do to enjoy her new life in Labin, a hilltop town overlooking the Adriatic, was to prove she works remotely, has accommodation and health insurance and earns at least €2,200 (RM11,092) a month.

So far, the Croatian government has approved 33 visas and ministers hope the idea will take off even more once virus-related travel restrictions are lifted.

Croatia is at the crossroads of Central and Southeast Europe and enjoys a moderately warm and continental climate.

Tourism makes up around one-fifth of the economy in this EU nation of 4.2 million people. The number of visitors plummeted from 21 million in 2019 to seven million last year. Income also more than halved to €4.8 billion in 2020 compared with the previous year.

But Croatia-based Dutch entrepreneur Jan de Jong doesn’t think the country’s tourist reputation will vanish because of the pandemic.

“Croatia overall, especially in the combination of things, offers a very unique experience,” De Jong says, highlighting the scenery, connections with the rest of Europe and Mediterranean lifestyle.

But to be successful with digital nomads, De Jong adds, Croatia needed to act ”quickly and be competitive.”

Indeed, Estonia launched its nomad visa programme last year and countries including the Czech Republic and Iceland are following a similar scheme.

The tourism ministry, which is backing De Jong’s idea, sees it as a long-term opportunity to boost the industry rather than a quick fix to the pandemic-related crisis.

The ministry told AFP the digital workers could become Croatia’s best promoters, spreading the word to their peers.

For Melissa Paul, the visa was her last option. She had been living in Croatia since 2014 and was married to a Croatian, but divorce left her with no legal way to remain.

“It allowed me to stay where I love living,” she says.

Another pace of life

Originally from the United States, content creator Steve Tsentserensky arrived in the country after years of globetrotting.

He has spent time in New Zealand, Ukraine, France and Italy as well as working on cruise liners.

But he fell in love with the Croatian “pace of life”.

“It’s not like everyone is rushing around,” he tells AFP. “You work and you can enjoy your life as well.”

Melissa Paul also stresses that foreigners will bring expertise and knowledge that could help the wider community.

This idea is what motivates entrepreneur De Jong, who hopes the influence of foreign digital workers might help young Croatians, many of whom want to leave their own country.

“They would be bringing their mindset and experience and can really have a positive impact on the mindset, mostly of the young generation,” says the Dutch father of four.

For more information on travelling to or from Croatia, you can visit their official website here.