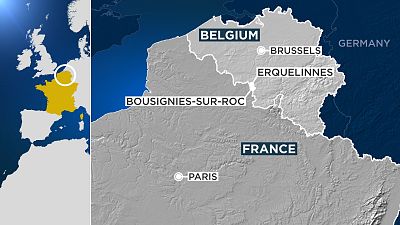 A farmer has - perhaps unwittingly - moved Belgium's border with France.

The man moved an 150-kilogram stone so he could extend the length of his land near the Belgian village of Erquelinnes, according to local media.

But in doing so, he also modified the 200-year-old international border defined by the 1820 Treaty of Kortrijk.

As a result of his actions, the border was moved by approximately 2.29 metres, enlarging the southern Belgian territory and reducing the size of the French village of Bousignies-sur-Roc.

The modified border position was discovered by a group of local historians while walking in the area.

The stone in question, engraved with the date 1819, establishes the border between southern Belgium and northern France.

It was created following Napoleon's defeat at the Belgian town of Waterloo in 1815 and before Belgium was formed as a state in 1830.

"The 1819 boundary marker has been moved... and our commune has been enlarged," the Belgian mayor of Erquelinnes, David Lavaux, wrote on Facebook.

"The French do not agree, of course. We will have to put things back in place," he added.

Lavaux had travelled to the contentious border between Bousignies and Montignies on Monday with a team of journalists from the French television station TF1. Speaking to local media, the mayor added that the farmer would be asked to return the stone to its border position to avoid court proceedings.

"But if he shows good intentions he won't have any problems, we will solve this amicably," Lavaux said.

Meanwhile, the mayor of the neighbouring French village, Aurélie Welonek, told La Voix du Nord that the countries "should be able to avoid a new border war."