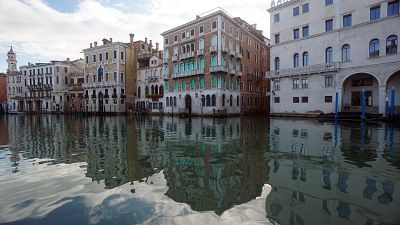 Some of the world’s most popular tourist destinations are at risk of completely vanishing by the end of this century if sea levels continue to rise at the current rate.

A new report by the UN Intergovernmental Panel on Climate Change (IPCC) has found sea levels are set to rise by an alarming 25 per cent by the year 2100.

A change of this magnitude would displace more than 600 million people according to a study published by Nature Communications in 2019. The same research also found that land home to 300 million people is likely to flood annually by 2050.

Many of the locations most at risk are tourist destinations, with economies that are heavily reliant on the travel sector.

Small Island Developing States (SIDS) such as Fiji, Palau, Seychelles, and the Maldives are the most vulnerable, due to their low lying landscape. Residents of these countries are already facing the reality that they may soon be displaced and need to migrate to higher land.

Although other major tourist sites are unlikely to completely disappear, extreme flooding could become a regular occurrence for major cities like Amsterdam, Tokyo, Cape Town, and New York among many more.

Sea levels rising by one metre may not seem like a significant amount, but it will have devastating effects for both people and the economy.

To put this into perspective, a team of energy experts has produced graphics to visualise what some of the world's most popular holiday destinations could look like in 80 years’ time.

Commonly known as ‘the city of water’, Venice is already feeling the effects of climate change and rising sea levels - with floods in 2019 causing an estimated €1 billion in damage.

The Italian city was submerged again in June last year and scientists predict that the ‘floating city’ will experience extreme flooding every five years by 2050, and every five months by 2100.

Most of the land area in the Maldives is already less than a metre above sea level, which means the island nation is extremely susceptible to rising tides.

It’s predicted that more than three quarters of the country will be underwater by 2100 at the current rate sea levels are rising.

As well as severely affecting the lives of many Maldivians, this would almost certainly wreak havoc on the tourism industry too, which currently accounts for two thirds of GDP.

Currently containing the largest population living inside a floodplain, the ‘Big Apple’ could potentially become a dangerous place to live. Sea levels here are predicted to rise by as much as 1.8 metres by 2100.

It’s estimated that tens of thousands of people could become displaced, especially in low-lying areas of the city like Brooklyn and Queens.

Around 56 million tourists visit the bustling metropolis of Hong Kong each year. However, it's predicted the coastal city will face a sea-level rise of between 0.6-1.3m by 2100.

The increased likelihood of extreme flooding would have a devastating effect on its 8.4 million residents, who live in low-lying areas. The damages to the tourism industry and its world-renowned financial district could be catastrophic.

In Dubai, a rise of three metres would see the Emirate city lose much of its infrastructure.

If sea levels rise to nine metres, Dubai could be entirely submerged, making it the shortest-lived elaborate infrastructure in human history.

To find the full set of graphics, and see what could happen to other destinations click here.

Why are people building thousands of snowmen by a lake in Poland?