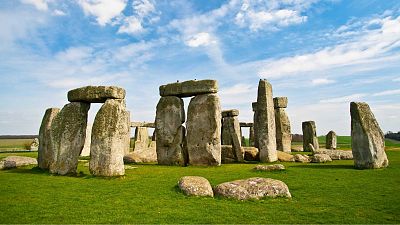 Plans have been approved to build a tunnel which will run beneath a UK UNESCO World Heritage Site. Project leaders claim the plans will reduce traffic congestion and “conserve and enhance” the archaeological site. But opposers aren’t convinced.

Situated in Wiltshire, England, Stonehenge attracts nearly 1 million visitors a year. Tourists come from all over the world to marvel at the prehistoric monument and learn about the mysteries behind its existence.

Widely believed to be a burial ground which was constructed before the invention of the wheel, historians and archaeologists are still trying to understand how and why these colossal pieces of stone came into existence.

It’s one of the most recognisable landmarks in the world. But now, there are plans to improve the traffic congestion on the A303, a road which runs alongside the site.

The £1.7bn (roughly €1.9bn) project involves converting the single carriageway into a dual carriageway, and building a 3 kilometre tunnel underneath the World Heritage Site. The latter is the cause for controversy.

“The decision to inject a great gash of concrete and tarmac into Britain’s most precious prehistoric landscape is one that ranks simultaneously as spendthrift and sacrilegious,” says Tom Holland, President of the Stonehenge Alliance. “We shall continue to oppose it as vigorously as we can."

But the director of the project says that preserving both the environment and the World Heritage Site are top priorities:

“It is our objective to conserve and enhance the World Heritage Site. This is being achieved through close collaborative working with heritage groups, including English Heritage, National Trust, Historic England and the independent A303 Scientific Committee,” says Derek Parody, Highways England Project Director for the A303 Stonehenge scheme.

London pub restored after being reduced to rubble by developers