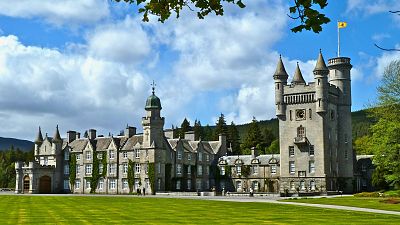 Europe’s royal families truly are the kings and queens of the staycation.

Many royals are delighted to take a relaxing break out of the city, avoiding carbon-heavy flights by getting some much-needed privacy in their country hideaways.

And when you see the holiday homes and summer residences they frequent, it’s not hard to see why.

Ciergnon Castle in Wallonia, Belgium is one of a few summer homes owned by the Belgian reigning house. Situated within overlooking extensive woodland, surrounded by vast hunting grounds and a river, the château-style building was acquired by King Leopold I of Belgium in 1840.

Since then, multiple royal children have been baptised on the estate in the castle’s grounds.

Queen Elizabeth II’s Scottish estate is typically used by the royal family for summer breaks, while Buckingham Palace is open to the public.

The sprawling Balmoral estate has been in the British royal family since the reign of Queen Victoria, who first took out a lease on the property for her husband Albert before buying it outright.

The crew of the Dannebrog comprises 9 officers, 7 sergeants, 2 enlisted able-seamen and 34 conscripts.

This quaint castle in Lage Vuursche is the home of Princess Beatrix, former queen of the Netherlands. Surrounded by a moat, the octagonal building is accessed via bridge.

It has long been a favourite of Princess Beatrix, who bought the castle herself in 1959, choosing to raise her children there while she was still heir to the throne. Upon acceding the crown, she took up residence at The Hague before returning upon her abdication.

The Danes aren’t the only seafaring royal family. King Harald V of Norway’s Norge yacht is often seen putting Norway’s 2,650km of coastline to good use.

The king is known as a keen yachtsman, often competing in international races and regattas. It also cruised alongside the Dannebrog in 2007 to celebrate the 70th birthdays of the King and Queen in addition to the 60th birthday of the yacht. In summer the Norge is manned by 54 officers and crew.

Owned by the Monégasque princely family, the Château de Marchais in neighbouring France is bigger than the country they rule.

The estate six times the size of Monaco, and when Prince Rainier II inhabited it in the 80’s, he also made it home to a variety of exotic animals including camels and buffalo rescued from a zoo that had gone bankrupt.

The beauty of ruling over the Balearics and the Canary Islands is that you can get some much needed sun while it’s still technically a staycation.

The cliff edge palace on the island of Palma de Mallorca is the official summer residence of King Felipe, while it also serves as a home to Egyptian artist John Saridakis’ works. The palace grounds are open to the public to visit after Saridakis donated the property to the crown on the condition people were allowed to view the art collection free of charge.

Germany staycation: domestic tourism on the rise in Schleswig-Holstein

Will Harry and Meghan’s revelations reduce visitor numbers to Britain?

Royalty made of nuts