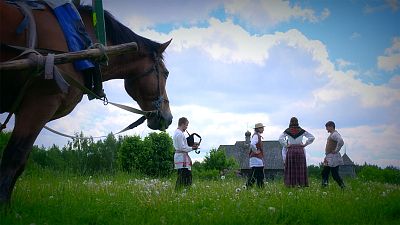 An open-air museum in Belarus showcases a traditional village where you can not only learn about the passage of history but experience it.

Based near Minsk, near the village of Strochitsy, the traditional belarusian village was recreated as it was several centuries ago.

Authentic historical artefacts, including traditional clothes, baskets and entire houses, were brought from different regions that now make up Belarus. The village consists of a church, a school, a barn, a blacksmith shop, a windmill, farmsteads and a tavern.

During the Middle Ages, Belarus was part of the Grand Duchy of Lithuania - one of the main outposts of resistance against the different orders of knights in Eastern Europe, the Teutonic Order and Livonian Order.

Nesvizh Castle: an architectural landmark of Eastern Europe in Belarus

Road to Minsk 2019: preparations for the second European Games