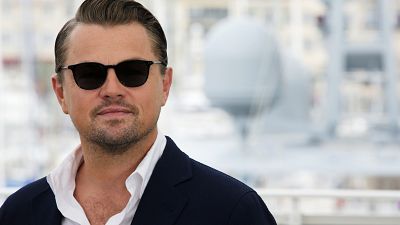 The Oscar-winning actor and film producer is no longer just the Wolf of Wall Street, or our beloved Jack from Titanic, he’s now a fully-fledged environmentalist on a mission.

Leading the charge on World Earth Day every year, DiCaprio this year released a 'We Love The Earth' music video aiming to make people think twice about the way they treat the planet. He also made a documentary in 2016 with National Geographic, 'Before The Flood', where he met scientists, activists and world leaders to discuss the dangers of climate change.

Back in 2015, DiCaprio decided to take the plunge and purchase an island in Belize to build his very own eco-resort, set to be “ground-breaking in the environmental movement.” The island in question, Blackadore Caye, was sold for $1.75 million to DiCaprio and his business partner, who have been working ever since to create an eco-haven in Central America, which is set to open in 2020.

Where exactly is it and why hasn’t it opened yet?

Blackadore Caye island is situated off the coast of Belize, with a diverse ecosystem of land and marine species that is recognised globally as part of the ‘Mesoamerican Biological Corridor’ region. Nearly 1.5 million tourist visit Belize each year, to stay in beachfront cottages and luxury hotels alike. But Leonardo DiCaprio’s eco-resort could mark a revolutionary change to tourism in the area, as visitors would come for a “restorative experience” on their sustainable stay.

The eco-resort was supposed to open in 2018, but the team announced that the opening was to be delayed until late 2019 as it was still incomplete. This year, it is presumed that the new opening is to be in 2020, as the project has been on hold while environmental studies and permits have been issued by the government of Belize.

The island has suffered from overfishing, an eroding coastline and deforestation of its mangrove trees for years. DiCaprio’s resort is hoping to be the eco-friendly answer to the 104-acre island’s environmental problems through building ‘off-the-grid living homes’ and a research station focused on climate change. It plans to be the ‘World’s first truly restorative island development’.

When it finally opens, the exclusive eco-resort will join Belize's Four Seasons Hotel, which is also due to open in the near future as a green destination.

DiCaprio's eco-resort will feature a hotel, 36 resort bungalows and 36 estate villas, with details such as ‘circadian lighting’ and solar panels so that each home is energy efficient. Outdoor and indoor experiences will be merged with open-air buildings surrounded by palm trees, lush, green landscapes and infinity pools.

With unrivalled sunset views, Blackadore Caye is being described as the Maldives of Central America.

What does Leonardo DiCaprio have to say?

DiCaprio is an avid scuba diver. In fact, it was his first trip to Belize to swim in its barrier reef in 2005 that sparked the actor’s love of the island.

In an interview with The New York Times, Leonardo DiCaprio said about the eco-resort:

“The main focus is to do something that will change the world. I couldn’t have gone to Belize and built on an island and done something like this, if it weren’t for the idea that it could be ground-breaking in the environmental movement.”

“With the onset of climate change, there are huge challenges, so we want the structure to not only enhance and improve the environment, but to be a model for the future.”

Would you take the train on holiday for extra days off?