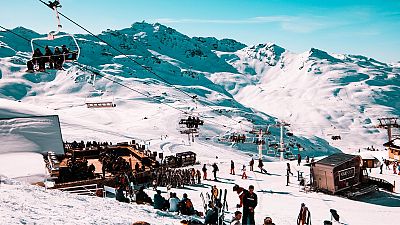 When we think of skiing, often the only thing we can picture is the bright white mountain peaks, crisp air and exhilarating feeling of carving our way down the slopes. But, in reality, our favourite winter holiday is a lot less clean than we think.

As we generally become more aware of our impact on the environment, more news stories have broken of the significant pollution experienced by some of the most popular ski resorts. A few years ago, it was reported that the air quality in Chamonix had become so poor that it was as bad as that of London. In fact, several of the resorts along the French Alps – Megeve and Saint Gervais to name but two – have seen a huge decline in the air quality over recent years.

Considering their natural beauty and seeming rural wildness, the idea that ski resorts are overrun with toxicity and disrupted wildlife seems at odds with what we see. So where does this pollution come from?

For starters, when you think about the fact that a staggering 120 million people visit the Alps each year, the facts seem less surprising. A lot of the issues come from the sheer numbers of tourists visiting – all of whom have to make their way up the mountains by motor.

The Mont Blanc tunnel – one of the main highways that passes between the resorts – famously harbours some of the worst air. When it closed between 2000 and 2002, vegetation and wild flowers that hadn’t been seen in decades actually began to grow again.

The sheer energy it takes to keep a resort working for an entire season, including the fires that are lit to keep us warm and the electricity used to power the ski lifts and run the hotels, is immense. Snow canons are also one of the worst culprits, using vast quantities of water, energy and chemical additives.

There’s also the simple fact of how the runs are made to contend with, too. Every time a new ski route is constructed, the vegetation and wildlife in its path is wiped away. In fact, studies have shown that the density of local species is much lower in the areas surrounding ski resorts. So what can we do about it? Below we’ve listed a few tips for ensuring your next snow adventure is a little kinder to the environment.

As mentioned above, flying to Europe and then driving up to the resorts isn’t exactly the most eco friendly mode of transport. In fact, research shows that up to 70% of some of the most popular resorts CO2 emissions are made by tourists trying to reach them. One of the ways to combat this is by taking the Eurostar to Paris and then connecting via train to the Alps. This could cut your carbon emissions by 82%.

Faced with the stark reality of their impact on the environment, many resorts are taking more significant steps to become more responsible. Taking the time to research the sustainability of your options and choosing the best one can help encourage their efforts and reduce your impact, too.

Avoriaz in France recently won an Environmental Award for Ecological Developments. Zermatt in Switzerland has won plaudits for its conscious efforts to cordon off certain areas to humans, to promote the natural flourishment of wildlife, recycle old materials and incorporate solar power. If you’re not sure where to start, Skiresort.info has environmental reports on the top destinations around the world.

Similar to choosing the resort, do some research on the hotels and chalets within it. Several are taking steps to reduce their impact on the environment by incorporating sustainable materials and practices into their day to day running. Most will have information about this on their websites and if they don’t, send an email to your hosts and ask.

Be conscious on the slopes

Once you’re up on the slopes, try to minimise your impact by going eco friendly. Take your own reusable water bottle rather than buying single-use plastic and take your rubbish back down the mountain so that it can be recycled.

We all know that one of the best parts about going on holiday is sampling the local food – particularly in areas notorious for their excellent cuisine such as France and Italy. Whilst out for lunch, dinner and après ski, make the effort to eat the local fruit and vegetables, cheeses and meats that are on offer. Not only will this help to support local businesses but it will also reduce the environmental impact of what you’re eating thanks to the simple fact that your food won’t have had to travel so far to reach you.