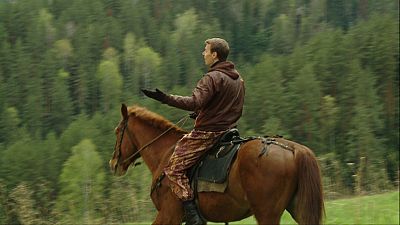 <p><i>Denis Loktev, Barnaul</i></p> <p>In our continuing journey across the largest country in the world, we’ve seen many beautiful places – the amazing purity of Lake Baikal, the great Volga River, the icy volcanoes of Kamchatka. But the peaceful landscapes of Altai, with the endless rows of hills and mountains fading in the horizon, are genuinely unforgettable.</p> <p>It’s no wonder that many locals seem to have kept the mystic reverence towards the nature that shaped the spirituality of aboriginal tribes, still living in remote villages around the area. The natural healing properties of radon-enriched water sources, plants and animal parts, such as the cultivated horns of local red deer, have been acknowledged for their medicinal qualities and are widely used at local resorts for therapeutic baths or herbal teas. But for the locals, this is just one of the manifestations of a sort of a metaphysical “energy” that they believe flows between the mountain peaks, cedar trees, rivers, valleys and the outer space. </p> <p>Numerous tales of shamanistic curses and extrasensory revelations are routinely told. Influenced by Russian mystic philosopher Nicholas Roerich, this kind of a new age thinking seem to coexist with the predominant Orthodox Christianity. <br /> However, most of those visiting Altai are looking for something very real – it’s an easily reachable escape from the concrete jungle for people living in Barnaul or Novosibirsk, a few hundred kilometers away from the heart of the mountainous region, and a favourite adventure travel destination for tourists from all around the country. Local rivers are among the best for rafting practice, mountains are a paradise for climbers and hikers, and, conveniently, there aren’t many mosquitoes that can really spoil the vacations in the Northern Siberia. </p> <p>For local towns and villages that lack any industry except agriculture, the inflow of tourists is the main source of income. Whole villages are for rent – traditional Russian log cottages look surprisingly comfortable and feature satellite television; for those ready to pay more there are vast luxurious resort areas with hotels, swimming pools and helipads being built in some of the most picturesque areas along the Katun river. </p> <p>“We had to sacrifice some pristine corners to direct the flows of tourists, or else they would bring uncontrolled pollution all around the place” , – a local official explained as he drove us through an immense construction site that used to be a magnificent forest. “It’s good to see how the place gets more civilized. But also a little sad.”</p>