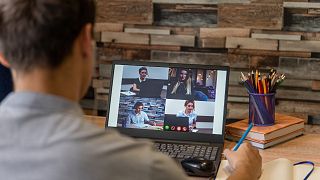 The shift to remote work has necessitated the creation of a new role - the Chief Remote Officer.   -  Copyright  Canva
By MaryLou Costa  •  Updated: 15/01/2023

Companies like Dropbox and Vista have loudly proclaimed their intentions and progress around transitioning to a remote-first environment.

But for many following suit, it hasn’t been as simple as cancelling office leases, setting up new Slack channels, and scheduling Zoom happy hours.

From training managers on how to keep remote teams connected and productive, to setting protocols around tech, time zones, and meetings, embedding remote and hybrid working is still a work in progress for most companies.

Those in it for the long haul have seen fit to invest in a dedicated leadership role whose sole aim is to make remote work, work.

The evidence is certainly mounting for companies to invest in heads of remote. A study of 95 technology companies by real estate and workplace advisory T3 revealed that the proportion with a designated leader for remote work jumped from 2 per cent to 15 per cent between August 2020 and February 2021.

Companies like Facebook, Okta, LinkedIn, LogMeIn, and more have recently hired specific leadership for remote working. The role is expanding beyond the technology sector too. Companies such as Unilever, Nationwide, Procter & Gamble, and Deloitte have created their own version of the role.

But they’re leaning towards titles like "VP of future of work," recognising that businesses that don’t operate exclusively in the knowledge industry, and/or are creating hybrid models rather than exclusively remote, still need leadership to guide this new way of working.

The job title might sound intangible to some, but it demonstrates how companies understand how making a remote work experience a good one doesn’t just happen by couriering a laptop and desk to somebody’s house and expecting them to get on with it.

It recognises that being purposeful about building a remote culture where people can make the most of not going into an office every day, without feeling lost, isolated, bored and disconnected, is a strategy unto itself.

So, will the prevalence of this role follow the trend for Google searches for "remote jobs," which have jumped by 174 per cent over the past year as analysis from marketing platform Conductor shows? And as it establishes itself as an important position, might we see it become a leadership fixture?

Software company GitLab is widely revered for pioneering the head of remote role in 2019, appointing former journalist and communications executive Darren Murph. The company launched in 2015 as remote-first, and by 2019, its expansion to around 450 team members saw Murph join with the title of "culture curator".

But discussions at a remote work event co-hosted by GitLab in San Francisco that year, when the head of remote role was still in its infancy, led to consensus that Murph’s title should be updated to "head of remote," given what he was brought in to do.

Remote is a journey of iteration — a tireless, evolving trek that demands a leader, or else your firm risks falling back into conventional habits or creating a fractured culture where no one is clear on what is expected.

Murph has also become an advocate for GitLab's all-remote culture and initiatives through content creation, interviews, webinars, case studies, podcasts, and partnerships with other organisations and universities.

Murph has since become one of the most well-known thought leaders in the space, as indicated by his inclusion in international HR and payroll platform Remote’s 2022 Remote Influencer Report.

He’s also recently been elevated to GitLab's Chief of Staff team, giving him the CEO’s backing to create initiatives like TeamOps, a framework for making decisions in all work environments — remote, hybrid, and in-office, which are being made available beyond GitLab.

Murph describes his role in spearheading entirely new ways of working as a process of "unlearning" - one that’s unlikely to be successful without it being someone's full-time job to implement.

"Many conventional norms are not optimised for remote-first work. Defaulting to asynchronous collaboration platforms instead of defaulting to a meeting, for example, may feel unusual if meetings have been a default mechanism in the past," he explained.

"Remote is a journey of iteration — a tireless, evolving trek that demands a leader, or else your firm risks falling back into conventional habits or creating a fractured culture where no one is clear on what is expected. Remote doesn't change only where you work; it fundamentally challenges how you work," he added.

"It's becoming all the more important for organisations to invest in people who can steward change, recommend new tooling, upskill existing workers, and evolve workplace norms to match the new expectations of knowledge workers.

"There will be efficiency gains by implementing new tools, leveraging existing tools in uncommon ways, and upskilling team members to be more focused on documentation and asynchronous workflows".

A newer face to the head of remote ranks is Liberty Planck, who joined as payroll and HR platform Gusto’s first-ever head of remote experience in April last year, after five years in the product team at Apple.

Her appointment followed Gusto’s official move to hybrid working in May this year, from it being a completely in-office company pre-pandemic. Planck is one of the 40 per cent of "Gusties" who have elected to be fully remote.

"We're looking at it around, how are we designing equitable experiences, and the common thread from experience design is asking, what experience are people having? How does it make them feel? How do you motivate someone and how do you create that sense of purpose or belonging?" Planck reflected.

Like Murph, Planck has also embarked on a process of "unlearning" - or "rewriting the playbook," as she refers to it.

"I didn't want to bring a ton of my own opinion of how remote should be before I started - I wanted to come in to see what Gusto needs, and design a great customer experience, with the customer as the employee," she elaborated.

"So, I'm using a lot of the design toolkit that I have from previous roles, and also from my MBA, to think through that process and how to add value and belonging for employees".

Planck also has a unique challenge in that her role also takes in those who work in the office occasionally.

"That's a hard dynamic when there's people who have a hybrid experience and those who have a remote experience," she acknowledged.

"What we're trying to do is look at them as different and say, what makes them special? And how do we enable both populations to do the work they need to do and to connect?"

Planck has spent much of the past few months gathering insights and feedback from across the business to begin developing some of those remote work policies and protocols that Murph has established with GitLab.

She’s already done an audit of the tools used to communicate and collaborate internally to review what works and what doesn’t in this new setup and has begun shaping how recruitment and company events might now look. Her next step is to review management training.

Hiring a dedicated remote leader, argues Murph, allows companies to demonstrate they are innovative, inclusive, and willing to invest in their workforce.

With the demand for remote and hybrid work strong, despite negative stances from business leaders like Elon Musk, a head of remote will become vital for ensuring remote workplaces are cohesive and equal environments.

"The real value of a permanent head of remote is to strategise and monitor the impact of remote work on the company. This might be how workplace flexibility is influencing productivity rates, or how products and marketing should be updated for a work-from-home market," explained Farrer.

"New tools, legislation, and industry regulations will be rolling out at an incredible rate and will be difficult to monitor without feeling overwhelmed".