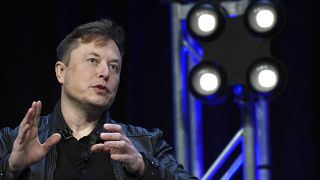 Before embarking on the unexpected odyssey of buying Twitter, Elon Musk was the richest man in the world, surpassing the unthinkable wealth of both Jeff Bezos and Bill Gates. Fast-forward several months and a $44 billion (€41 billion) buyout later, and Musk is now the man who’s lost more money than anyone in history.

News that the Twitter and Tesla CEO had broken the unfortunate record was released by the Guinness World Records, which first reported it on January 6 saying that though “the exact figure is almost impossible to ascertain,” Musk’s total losses must have surpassed the previous record for the largest loss of personal fortune of $58.6 billion (€54 billion) held since 2000 by Japanese tech investor Masayoshi Son.

Since November 2021, according to Forbes, Musk has lost about $182 billion (€173 billion), but some sources suggest his total losses may be even higher.

But this record wasn’t broken because of Musk’s Twitter (mis)adventures. Forbes writes that the billionaire’s wealth loss is mostly due to the poor performance of Tesla’s stock, though it could be argued that buying Twitter led to Musk almost sinking the company that made him big in the first place.

Most of Musk’s wealth is in fact tied up in Tesla’s shares, which plunged in value by 65 per cent last year, with the decline accelerating after Musk’s takeover of Twitter.

In case you’re wondering who’s taken Musk’s spot, the richest person in the world is now French businessman Bernard Arnault, whose estimated net worth is nearly €205 billion (189 billion), according to Forbes’ real-time billionaires' list. If the name doesn’t ring a bell, know that he’s the founder of the luxury goods conglomerate LVMH (Moët Hennessy Louis Vuitton).

Despite the losses, Musk is not to be pitied. The billionaire is now the second richest person in the world, and Tesla is still the most valuable car company in the world.