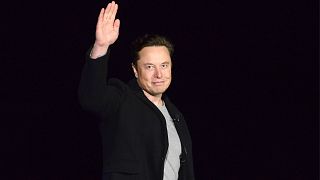 Elon Musk has announced he will step down as chief executive of Twitter just a couple of months into the role, after putting the question to his followers in a poll on Sunday 18 December.

Good news? The sceptics fear not necessarily, with one Twitter user simply stating, “Depends who you get to run it!”

Over 57 per cent of voters went for ‘yes’, meaning Musk is forecast to step down as head of the platform.

"I will resign as CEO as soon as I find someone foolish enough to take the job! After that, I will just run the software & servers teams," Musk wrote on Twitter, Wednesday December 21.

Musk’s multibillion dollar acquisition of Twitter has been characterised by chaos from the start. Appointing himself CEO was a move that came on the back of firing the entire board. He then proceeded to fire half the staff. He also reinstated multiple banned accounts including Donald Trump and Kanye West (Ye).

So the question today is: who could take the reigns as head of Twitter once Musk officially steps down?

Here are some of the options that are being speculated right now.

Who is likely to take over as Twitter CEO?

South African-American entrepreneur David Sacks has been on Musk’s most trusted list since they pioneered one of Silicon Valley’s most successful tech businesses together: PayPal.

Sacks is now a co-founder and partner of Craft Ventures, a San Francisco-based company specialising in investment into unicorn tech businesses.

In his spare time, he’s a podcaster, and recently referred to Russia’s invasion of Ukraine as ‘Woke War III’.

The son-in-law of Donald Trump was spotted with Elon Musk at the World Cup final in Qatar just hours before Musk published the original poll addressing his status as CEO.

If you look up Kushner’s work history, professions include politician (his stint as advisor to daddy Donald during his time as president), investor, entrepreneur, publisher, real estate developer and media proprietor.

Rumours have been flying about the Internet since the image of them together went public, so at this moment in time Kushner’s odds are looking pretty good.

Next up is the man who has likely riled every other Jason (we’re looking at you, Derulo) on the planet by monopolising the @Jason handle on both Twitter and Instagram.

Calacanis identifies as a serial entrepreneur, angel investor, podcaster and writer. He started out as a tech reporter in the Dotcom Bubble around the mid-nineties and reportedly texted Elon Musk back in April saying the Twitter CEO position was his dream job.

However on Sunday, after the poll went live, he tweeted, “Who would like the most miserable job in tech AND media?! Who is insane enough to run twitter?!?!”

Another member of the billionaire’s club, Sandberg at least has some relevant work experience. Just this summer she stepped down as Meta’s chief operating officer after 14 years with the business.

She’s largely credited with transforming Facebook's revenue strategy and boosting its advertising as well as heading up the business in its heyday.

While she left social media to focus full time on her philanthropy, could the upcoming opportunity with Twitter bring her back into the fold?

We would have gone with Jack Dorsey, but since the founder of Twitter himself has said he would never go back to the platform, we’re left with world’s most popular podcaster who was recently in the centre of a major misinformation scandal and caused Neil Young to remove himself from Spotify.

Rogan first interviewed Musk back in 2018 and has since described him as “super intelligent,” which no doubt shot him to the top of Elon’s Christmas card list - but has he also made it to the ‘Potential CEOs’ directory?

WHO warns of ‘unprecedented’ cholera outbreaks