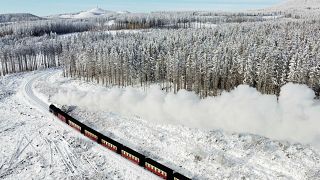 More people die of heart diseases on days of extreme temperatures, according to an analysis of millions of cardiovascular deaths.

Extremely hot or cold temperatures can increase the risk of death among people with heart conditions, such as ischemic heart disease, stroke, heart failure and arrhythmia.

Research published in the American Heart Association’s journal Circulation found people with heart failure experienced the most additional deaths when temperatures were extreme.

They analysed health data for more than 32 million cardiovascular deaths which occurred across hundreds of cities in 27 countries around the world, between 1979 and 2019.

Heart disease is the biggest cause of death worldwide, being responsible for around 16 per cent of the world’s total deaths, according to the World Health Organization (WHO).

Since 2000, heart disease has also seen the largest increase in deaths out of any other cause, rising by more than 2 million to 8.9 million deaths worldwide in 2019, the WHO said.

The researchers highlighted in particular climate change as being an extra risk factor in heart disease deaths, as it is associated with more extreme temperatures.

They studied both the impacts of extreme hot and cold, comparing deaths on the hottest and the coldest 2.5 per cent of days for each city, with cardiovascular deaths on the days that had optimal temperatures in the same cities.

The greatest number of additional cardiovascular deaths attributed to extreme weather was for people with heart failure. They found 2.6 additional deaths on hot days, and 12.8 on cold ones.

“One in every 100 cardiovascular deaths may be attributed to extreme temperature days, and temperature effects were more pronounced when looking at heart failure deaths,” said Haitham Khraishah, co-author of the study and a cardiovascular disease fellow at the University of Maryland School of Medicine.

“While we do not know the reason, this may be explained by the progressive nature of heart failure as a disease, rendering patients susceptible to temperature effects.

The researchers suggest targeted warning systems and advice for those vulnerable to these diseases may be necessary to prevent extra deaths during bouts of extreme weather.

“We need to be on top of emerging environmental exposures,” said Barrak Alahmad, a research fellow at the Harvard TH Chan School of Public Health.

“I call upon the professional cardiology organisations to commission guidelines and scientific statements on the intersection of extreme temperatures and cardiovascular health. In such statements, we may provide more direction to health care professionals, as well as identify clinical data gaps and future priorities for research”.

The data for the study came from the Multi-Country Multi-City (MCC) Collaborative Research Network, a consortium of epidemiologists, biostatisticians and climate scientists studying the health impacts of climate and related environmental stressors on death rates.

The American Heart Association (AHA) warned that temperatures upwards of 26 degrees Celsius can be hard on the heart, putting vulnerable people at risk.

They said precautions are especially important for the elderly, and people with high blood pressure, obesity or a history of heart disease and stroke.

That’s because heat causes the heart to work harder, by moving blood from the major organs to underneath the skin. This means the heart pumps more blood, putting it under more stress.

The association recommends staying hydrated, avoiding the outdoors in the hottest parts of the day, wearing sun block, and dressing in lightweight, light-coloured clothes.

On colder days, blood vessels contract and coronary arteries constrict as the heart tries to keep the blood further inside to maintain warmth for the vital organs. This can raise blood pressure, and increase the risk of heart attack and stroke.

During cold weather, the association recommends wearing layers to keep warm, especially while exercising outdoors, keep hydrated, get vaccinated against winter viruses such as the flu, and avoid the added calories in some cold weather drinks.