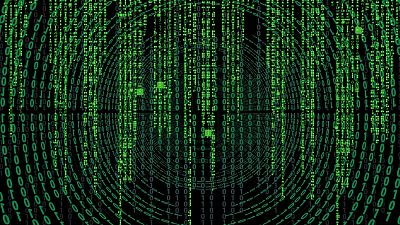 This story was originally published on April 26, 2022.

Another social media giant coming under the control of a single billionaire is alarming governments, researchers, and rights groups who are concerned about the amount of data Elon Musk’s Twitter buy will allow him and how far he will take the free speech he has promised.

"Free speech is the bedrock of a functioning democracy, and Twitter is the digital town square where matters vital to the future of humanity are debated," Musk said in a statement when the deal was announced on April 25, 2022.

Freedom of speech is a nice idea in principle, but on social media, it doesn’t quite work the same way.

Twitter and other social media companies have over the last several years taken the spreading of misinformation and calls for violence more seriously.

Twitter, for example, permanently banned former US president Donald Trump from the platform for spreading false information blamed for inciting the January 2021 riot on Capitol Hill. It is now feared that Musk could reinstate Trump back onto Twitter.

"We are generally concerned that a self-proclaimed 'freedom of speech absolutists' with a record of breaking unions, takes over one of the platforms that are most widely used by human rights defenders, journalists, and activists to pursue their goals," said Diego Naranjo, Head of Policy at the association European Digital Rights.

"The concentration of wealth of money and power in few hands is always the enemy of democracy, and the fact that one of the most wealthy people on the planet takes over Twitter should put everyone on guard and speed up alternatives to current dominant big tech businesses such as Twitter," he told Euronews Next.

Besides wanting to implement his vision for Twitter to become a platform of free speech, whatever that may mean, Musk may also want Twitter to help market his other companies.

Social media users are at the mercy of algorithms, which extract data about users and then use the information to keep them on the site for as long as possible, earning the social media sites more money through advertising.

Musk is entering a market that has great power in terms of algorithms that he can use and use data as he wants to influence the market for his companies Tesla and SpaceX.

"We should have access to algorithms that platforms use in order to be able to understand how platforms work," said Naranjo, who calls for a ban on this business model and urges companies “must be pushed to find another way to obtain profit that is not based on the 24/7 surveillance of basically any individuals connected to the Internet".

Musk, the CEO of Tesla, SpaceX and Neuralink, the company that’s developing implantable brain-machine interfaces, could use the data from Twitter’s algorithms to market his companies.

"Musk is entering a market that has great power in terms of algorithms that he can use and use data as he wants to influence the market for his companies Tesla and SpaceX," said Petros Iosifidis, Professor of media and communication policy at City University in London.

He told Euronews Next the platform will be a "great marketing tool" for his other companies.

"Every individual company like Meta has the power to collect data on individuals through algorithms. Not just where you live but also what you do and buy," Iosifidis said.

"Targeted advertising can be something he could exploit more. It’s a little bit scary he is entering the media market".

'We still need to be vigilant'

However, due to data protection legislation around the world, personal data that is input on Twitter can not legally be used for other purposes such as for other companies used by Musk or by anyone else.

"Be it cars or social media, any company operating in Europe needs to comply with our rules – regardless of their shareholding," Thierry Breton, the European Union Commissioner for the internal market, posted on Twitter.

"Mr Musk knows this well. He is familiar with European rules on automotive, and will quickly adapt to the Digital Services Act," he added, referencing the EU regulation proposal which intends to boost company competition in the bloc by preventing large companies from abusing their market power.

"In Europe, and in other parts of the world, there is strong data protection legislation so we are fairly well protected," said Naranjo.

"However, we still need to be vigilant with the fact when these big tech platforms become even bigger, they become an even bigger threat for our privacy, data protection and generally for our democracies".