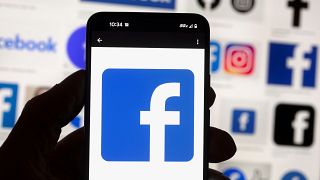 Meta has agreed to sell the GIF platform Giphy after a UK regulator upheld its ruling that owning the platform would damage competition and innovation.

Britain’s competition watchdog had ordered Meta last year to reverse the deal, a year after Facebook’s parent company announced it had bought Giphy.

The company appealed to a tribunal, which rejected most of its arguments on Tuesday.

After reviewing the case further, the Competition and Markets Authority concluded that “the only way to avoid the significant impact the deal would have on competition” is for Meta to sell Giphy to an approved buyer.

“We are disappointed by the CMA’s decision but accept today’s ruling as the final word on the matter. We will work closely with the CMA on divesting GIPHY," Meta said in a statement.

"We will continue to evaluate opportunities - including through acquisition - to bring innovation and choice to more people in the UK and around the world”.

Meta said it would wait for more details on the divestment order and wouldn’t file another appeal, bringing to an end the drawn-out battle over the acquisition reportedly worth $400 million (€407 million).

It was the first time the UK watchdog had sought to unwind a tech deal and marked a prelude to stepped-up scrutiny: earlier this year the CMA opened inquiries into Amazon's dominance and Microsoft's purchase of computer game maker Activision Blizzard.

After reviewing its decision, the watchdog concluded that the deal would boost traffic to Meta-owned sites, while denying or limiting access for online platforms to Giphy GIFs.

It also found that the deal would remove potential competition from the UK’s display advertising market, half of which Facebook controls.