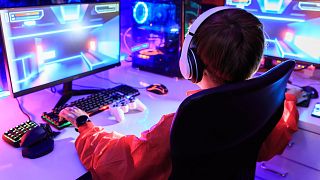 Gamers with underlying heart conditions could be at risk of cardiac events   -   Copyright  Canva
By Luke Hurst  •  Updated: 11/10/2022

It is well established within competitive sport that competitors with underlying heart conditions could be at risk of life-threatening irregular heartbeats, called cardiac arrhythmias.

In many disciplines there is testing for these conditions, and in some cases, those who are found to have them are not able to continue competing.

Now researchers are warning there could be similar risks for young people with underlying conditions who play computer games - whether competitively or for leisure.

In a report in the journal Heart Rhythm, the researchers warn gaming could present a “serious risk” for children with underlying conditions, and could even be lethal.

They did a systematic review of studies and medical literature to find cases of children who had suddenly lost consciousness while playing computer games.

Loss of consciousness can be a warning sign prior to - or even in conjunction with - a serious cardiac event.

The researchers said the basis for this phenomenon is attributed to adrenergic stimulation due to the emotionally charged electronic gaming environment. In other words, the body’s nervous system becomes overstimulated.

Across the 22 cases they found, multiplayer war gaming was the most frequent trigger for this loss of consciousness.

Four of the 22 cases resulted in sudden death, and reported medical events across the cases included heart palpitations, fainting with a subsequent return to consciousness, heart attacks, and chest pains.

Some of the children were subsequently diagnosed with heart rhythm conditions.

“Video games may represent a serious risk to some children with arrhythmic conditions; they might be lethal in patients with predisposing, but often previously unrecognised arrhythmic conditions,” explained lead investigator Claire Lawley, from The Heart Centre for Children at Sydney Children’s Hospitals Network in Australia.

“Children who suddenly lose consciousness while electronic gaming should be assessed by a heart specialist as this could be the first sign of a serious heart problem”.

The authors of the study warn that for children with underlying heart conditions, computer games may not be the safe alternative to physical sports that they were previously thought to be.

"We already know that some children have heart conditions that can put them at risk when playing competitive sports, but we were shocked to discover that some patients were having life-threatening blackouts during video gaming," said co-investigator Christian Turner, also from The Heart Centre for Children.

“Video gaming was something I previously thought would be an alternative ‘safe activity.’ This is a really important discovery. We need to ensure everyone knows how important it is to get checked out when someone has had a blacking out episode in these circumstances".

In an accompanying editorial in the Heart Rhythm journal, the authors note there has been a “remarkable growth in electronic gaming” over the past 20 years, with the global eSports market valued at $1.38 billion (€1.42 billion).

They argue that while many games are classified as “sedentary” activities, as opposed to “active” activity like exercise, the “distinction is complicated by the fact that certain games intended to be played in a sedentary position, such as first-person shooter, have been shown to elevate heart rates in adults to an average of 80 bpm above baseline”.

With major competitions hosted in sold-out arenas with fans, commentators, and coordinated light and pyrotechnic displays, they say elite level gamers should be included in future screening programmes aimed at identifying athletes at risk of dangerous irregular heartbeats.

“We agree that guidance on playing war games or other eSports should be given to parents with a child who has a known proarrhythmic condition, especially those conditions that are inducible by stress or exercise,” they wrote.

“Although the appropriateness of such screening programs is outside the scope of this study, it certainly suggests that eSports competitors should be treated similar to traditional athletes with respect to sudden death risk stratification”.