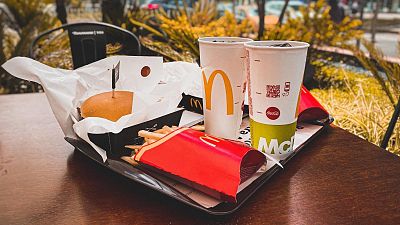 The fast food chain announced on Wednesday that the iconic burger, known for being cheap, was one of a number of items facing price increases across its UK restaurant chains.

In an email to customers, the chief executive of McDonald’s UK and Ireland, Alistair Macrow, said the company was facing “tough choices” about its prices, as companies face increased costs for things such as fuel, wages, and ingredients.

Sharp increases in the price of staples such as milk, butter, and eggs have already propelled food price inflation to 9.8 per cent.

Despite being committed to selling food at affordable prices, restaurants will be “adding between 10 and 20p to a number of menu items impacted most by inflation” this summer, the burger chain’s UK chief said.

It includes price hikes on the McNugget share boxes, large coffees, breakfast meals, and upgrades from medium to large meals.

“We understand that any price increases are not good news, but we have delayed and minimised these changes for as long as we could,” said Macrow, adding that some prices were unaffected.

“Just like you, our company, our franchisees who own and operate our restaurants, and our suppliers are all feeling the impact of rising inflation,” he added.

This comes just a day after McDonald’s reported a jump in global sales of 9.7 per cent in the 13 weeks to June 30, compared with the same period last year.

The last time McDonald’s raised the price of its cheeseburger in Britain was in the wake of the 2008 global financial crisis.

The chain also warned that some prices will continue to vary across different restaurants as some are operated by franchisees, who can set prices based on recommendations from McDonald’s.

McDonald’s, which runs more than 36,000 restaurants in more than 100 countries, said on Tuesday it was considering whether to add more discounted menu options because the increased cost of living, particularly in Europe, was leading to some lower-income customers buying cheaper items and fewer big combination meals.

The rising cost of food is one of the major forces driving up living costs, and in the UK, inflation hit a new peak of 9.4 per cent in June, its highest level in 40 years.

Some firms are also having to increase wages to attract and retain staff, with job vacancies at near record highs.

McDonald’s is just the latest big high street name to increase the prices on its menu.

Rival fast-food chains Nando’s and KFC have already increased their prices after the supply chain disruption caused by the war in Ukraine hiked up the cost of poultry.

And in February, Pret a Manger raised the price of its coffee subscription service by 25 per cent after increases in the cost of milk, coffee beans, and staff pay.

How to beat inflation: Top tips on living with rising living costs