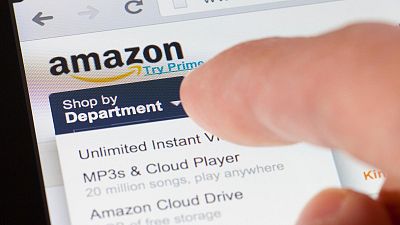 Amazon is to raise the price of its Prime service for customers across Europe from September.   -   Copyright  Copyright: Canva
By Josephine Joly  •  Updated: 26/07/2022

Amazon is to increase the price of its monthly Prime membership scheme across its major European markets from September, due to "increased inflation and operating costs".

In an email to customers on Monday, the e-commerce giant revealed its annual Prime cost will rise by up to 43 per cent per year, with prices expected to jump 30 per cent in Germany, Amazon’s biggest market outside of the US.

The online retailer will also increase prices in Spain and Italy by 39 per cent annually.

A spokesperson attributed the move to "increased inflation and operating costs" and said the rise in fees, which will be implemented as members’ contracts come up for renewal from 15 September, was Amazon’s first in the UK since 2014 and came after a series of improvements in its Prime service.

Amazon said that Prime Video had tripled the amount of its original content since 2018, with series including The Boys and The Terminal List.

The service has also added access to Premier League football and Autumn Nations rugby in the UK and will launch The Lord of the Rings: The Rings of Power series in September.

The price increase, announced by Amazon on Monday, comes just several months after the online platform raised its fees for new US subscribers by 17 per cent in February.

Prime members are crucial to the $1.2 trillion (€753 billion) e-commerce and cloud giant, as they typically spend more money on the site and shop more often than regular customers.

However, its free delivery service, which delivers parcels within one or two days to its Prime customers, has become too expensive for the company to maintain as the price of fuel and other costs has steeply increased.

On Thursday, Amazon is set to report earnings for the April-June period after its stock decreased by more than 30 per cent since the start of the year, due to the broader sell-off of Big Tech stocks.

The company’s shares fell around 4 per cent in after-hours trading on Monday, following a profit warning from Walmart, its primary retail competitor in the US.

Amazon is not the only online retailer increasing its prices, despite evidence of waning interest in streaming services as households look for ways to reduce costs and find alternative entertainment now that the pandemic restrictions have ended — in March, Netflix said it was increasing the cost of its basic and standard plans by £1 (€1.18) a month to £6.99 (€8.26) and £10.99 (€12.99) respectively, while the premium tier will go up by £2 (€2.36) to £15.99 (€18.90).

Online retailers Zara, Boohoo, Sports Direct, and Next have also started charging shoppers for the return of goods bought online as the costs of cleaning, checking, and repackaging items, as well as deliveries, have soared.

Lord of the Rings vs Game of Thrones: Battle of the Prequels