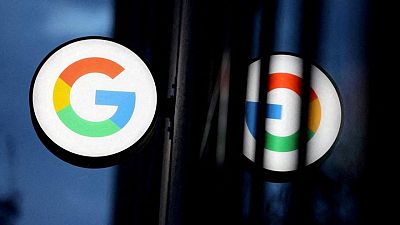 <div> <p><span class="caps">MOSCOW</span> -Alphabet’s Google was fined 21.1 billion roubles ($373 million) on Monday by a Moscow court for a repeated failure to remove content Russia deems illegal, such as “fake news” about the conflict in Ukraine, Russia’s communications regulator said. </p> <p>Moscow has long objected to foreign tech platforms’ distribution of content that falls foul of its restrictions. But the simmering dispute has erupted into a full-on battle since Moscow assembled its armed forces before sending them into Ukraine in February. </p> <p>Alphabet’s YouTube has been a particular target of the state’s ire but, unlike Twitter and Meta Platforms’ Facebook and Instagram, it has not been blocked. </p> <p>The regulator, Roskomnadzor, said the Tagansky District Court had fined Google 21.1 billion roubles for repeatedly failing to restrict access promptly to banned materials, and singled out YouTube for particular criticism. </p> <p>It said YouTube had not deleted “fakes about the course of the special military operation in Ukraine, discrediting the armed forces of the Russian Federation”. </p> <p>It also said YouTube was permitting content promoting extremist views and calls for children to participate in unauthorised protests.</p> <p>Google, which can appeal, did not immediately respond to a request for comment.</p> <p>The fine was calculated as a share of Google’s annual turnover in Russia. It had been handed a similar 7.2 billion rouble penalty late last year.</p> <p>Google’s Russian unit’s bank account has been seized, prompting the subsidiary to file for bankruptcy and making it impossible to pay staff and vendors.</p> <p>Russia says it is conducting a “special military operation” in Ukraine to defuse a threat to its security and protect Russian speakers from persecution.</p> <p>Ukraine and its Western allies dismiss such allegations as baseless pretexts for an illegal land grab. </p> <p>Anton Gorelkin, deputy head of the parliamentary committee on information policy, said Google was showing a demonstrative disregard for Russian law. </p> <p>“It is not hard to predict what this attitude will lead to: Google risks losing the Russian market altogether,” he wrote on Telegram. ($1 = 56.4650 roubles)</p> </div>