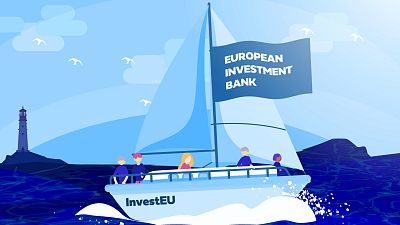 Since the start of Russia’s war against Ukraine, the European Union has been urgently trying to phase out its use of Russian fossil fuels. The European Commission has come up with an action plan called REPowerEU to end dependency by 2027.

The REPowerEU plan is to rapidly adapt the industry and infrastructure to different energy sources and suppliers. It includes scaling up and speeding up renewable energy to replace fossil fuels in homes, industry and power generation.

The European Commission estimates it will cost €210 billion.

How will REPowerEU be funded?

Further sources of finance for energy diversification and clean energy transition include Cohesion policy funds and the Connecting Europe Facility.

However, the bulk of investments will need to be mobilised through private sources.

What role does InvestEU play?

InvestEU is the EU’s flagship investment programme. Working in partnership with the European Investment Bank, it has a guarantee of 26 billion euros from the EU, which reassures investors and is expected to bring in more than 370 billion euros in public and private financing.

When InvestEU was approved, it was intended to mainly help the economic recovery after the Covid crisis, focusing on the digital and green transitions. It can now be used to help with European efforts to end reliance on Russian gas and oil.

By July 2022, InvestEU is expected to have around 50 investment projects up and running.

What are the main obstacles to finding work for Ukrainian refugees?