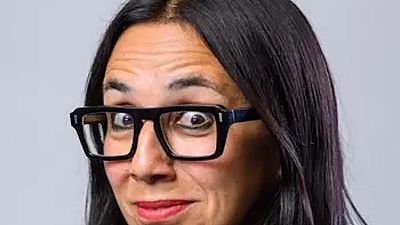 “Our job is to help create a better world, being in the right place with the right people to do it, and if you ain't - get the hell out, it's not worth it,” said Chaka Sobhani.

That’s the advice Sobhani, the Chief Creative Officer at Leo Burnett and a passionate campaigner for building the next generation of creative talent, gave audiences at this year’s Cannes Lions Festival of Creativity.

Sobhani says diversity, equality and inclusion are as important as new business development at Leo Burnett and her team is “revisiting daily” their plans and asking themselves “who can we learn from, who can we partner with to move these things forward”.

“You have to have initiatives, I think, really clear ones that run through your entire business not just for creatives, not just for different disciplines,” she added.

Speaking to Euronews Next during the event’s female leadership Changemakers’ series, Sobhani described the reasons why diversity is so important to the industry and what her agency is doing about it.

Diversity is about bringing voices from different socioeconomic and cultural backgrounds into the creative thinking process so that campaigns “genuinely, genuinely play in culture” and better connect and resonate with audiences.

The rise of technology, such as the metaverse, for instance, or the use of creators in communication, is another reason why she thinks the industry must connect and learn from the unique perspectives of young people.

Investing time and energy reaching out to the communities that wouldn’t normally consider the creative industries as a career is critical because it’s about cultivating a pipeline of talent at all levels for the future, Sobhani argues.

“We have to accelerate that growth and that learning of communities and people who have not been represented in this industry to get them up to speed, to get them in the C-suite so that they are seen, they are visible, and that they are impacting and effecting change in everything that we do,” she said.

Learning from each other

Creating more equality and representation is a team effort - it’s not something that women need to do on their own, she added.

To make progress, to be more creative and relevant it’s about collaborating “as a crew” and learning from each other’s strengths.

“It's a collective thing - this is not about women doing it on their own. Are you cool? Are you decent? Do you want to get to better ideas? You want to create stuff that connects. Then we do it together as simple as that,” Sobhani said.

The Leo Burnett CCO also said that whilst males and females are often brought up to be a certain way - for instance, men more assertive and women, more humble - the best female leaders are the ones that have embraced both male and female traits.