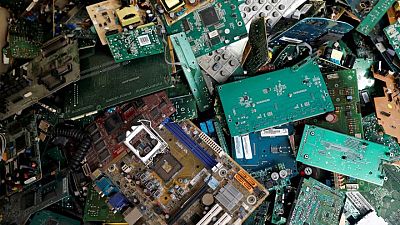 LONDON – The European Union is likely to suffer severe shortfalls in lithium, rare earths and other metals needed to cut carbon emissions, but recycling could help plug the gap from 2040, according to a study released on Monday.

The issue has become even more critical due to the EU’s recent efforts to become less dependent on Russia for energy, the study commissioned by industry group Eurometaux said.

“The global energy transition is progressing faster than the mining project pipeline, with copper, cobalt, lithium, nickel, and rare earths all at risk of a disruptive demand pull between now and 2035,” said the study by Belgium’s KU Leuven University.

The EU’s pledge to cut net greenhouse gas emissions to zero by 2050 will require large amounts of metals and minerals to roll out electric vehicles and wind turbines.

The study said the bloc will need 35 times more lithium and seven to 26 times more rare earths by 2050, used in EV batteries and motors respectively.

Recycling will help ease shortages, but only from about 2040, when there is enough material from scrapped vehicles and other equipment such as wind turbines, it said.

By 2050, 40% to 75% of Europe’s clean energy metal needs could be met through recycling if Europe invests heavily now and fixes bottlenecks, the study said.

The European Association of Metal Producers (Eurometaux) is an umbrella association of non-ferrous metals producers and recyclers in Europe.