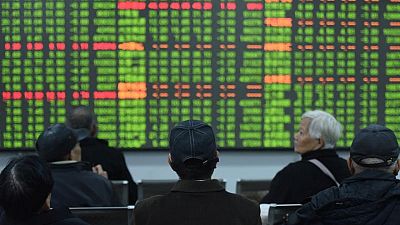 – Emerging markets suffered their first portfolio outflows in a year in March, driven by investors ditching Chinese assets and growing anxiety over recent geopolitical events, a report by the Institute of International Finance (IIF) showed on Tuesday.

IIF considered China outflows of $11.2 billion in bonds and $6.3 billion in stocks an “unprecedented dynamic that suggests a market rotation” away from assets of the world’s second-largest economy. This is the first time China assets have seen outflows in equities since September 2020.

“While it is premature to draw any definitive conclusions, the timing of China outflows suggests foreign investors may be reevaluating their exposure and a rotation in preferences could start to take form,” said Jonathan Fortun, an IIF economist, in the statement.

“Overall, the first quarter of the year has seen investors being more selective,” he added, as “higher risk sensitivity” mounts due to tighter monetary conditions and rising inflation.

Emerging markets ex-China saw net inflows of $8.2 billion coming to debt and a marginal outflow of less than $400 million in equities. The March report didn’t include specific figures for Russia.

Regionally, Latin America saw a net inflow of $10.8 billion compared with $7.7 billion in February and a $5.7 billion outflow in March 2021. Data shows this is the biggest inflow for the region since July.

“Moving forward we see greater volatility on flows dynamics, as some countries have bottomed up and could potentially benefit from higher commodity prices but may also be greatly exposed to risk factors.”