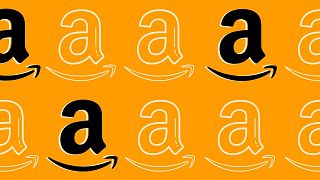 A proposed messaging app for Amazon employees would have blocked words and phrases including "union," "harassment," "pay raise” and "restroom," according to leaked documents revealed on Monday.

Messages seen by The Intercept showed that executives at the online retail giant devised the company social media network as a way of improving employee satisfaction through messages and virtual awards known as "Shout-Outs".

But following a November 2021 meeting about the project, Amazon officials pushed for the app to feature a content filter as a way to avoid "the dark side of social media''.

"With free text, we risk people writing Shout-Outs that generate negative sentiments among the viewers and the receivers," an Amazon document reportedly said.

"We want to lean towards being restrictive on the content that can be posted to prevent a negative associate experience".

In a statement, Amazon said the proposed messaging app had not been approved or launched, "and may change significantly or never launch at all".

"The only kinds of words that may be screened are ones that are offensive or harassing, which is intended to protect our team," a company spokesperson said.

Last week, Amazon warehouse workers in Staten Island, New York, voted to form a union in a first for the company's American workforce.

The vote in favour of unionisation came after Amazon filings revealed it spent around $4.2 million (€3.8 million) on labour consultants last year, who union organisers say were tasked with persuading workers not to unionise.

Twitter's edit button is coming but is amending tweets a good thing?