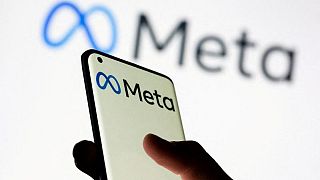 The Dutch Senate on Tuesday passed a motion calling on the government to "use its powers" to temporarily block the construction of Facebook owner Meta's planned giant data centre in the Netherlands.

In December, the town of Zeewolde, which is 50 km east of the Dutch capital Amsterdam, approved plans to build the largest facility of its kind in the Netherlands, from which Facebook, Instagram and Whatsapp would serve users across Europe.

The facility, which will use 1.38 gigawatt hours (GW/h) of electricity and cover 166 hectares (410 acres) of farmland, is expected to run on green energy and create 400 permanent jobs.

It has been opposed by some environmental campaigners who do not want the limited supply of sustainable power currently being generated in the country to be used by a multinational.

A majority of parties in the Senate on Tuesday supported a proposal in which the government led by prime minister Mark Rutte was asked to halt the project until a national policy on data centres has been developed.

The motion asked the government to delay construction until it can be determined whether the data centre meets environmental regulations and the as yet undetermined national policy on the facilities.

Meta did not immediately respond to Reuters' request for comment.

Rutte's own Party for Freedom and Democracy (VVD) and another ruling coalition party, the Christian Democrats, voted against the motion.

"This is a purely political decision," Dutch Data Center Association managing director Stijn Grove said in a reaction sent to Reuters, adding that it had been made "largely because it is Facebook," which is facing a negative backlash against Big Tech as a whole.

Not only are larger data centres more efficient and environmentally friendly, he said, they are needed to improve Europe's digital infrastructure, which lags behind North American and Asia.

Grove said the Netherlands can't have the ambition to be a digital leader without supporting the required infrastructure.

Roughly 60 data centre operators in the Netherlands account for around 2.8 per cent of national electricity consumption, the association said.