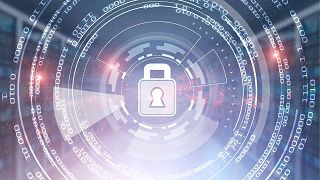 Russian government entities and state-owned companies have been targeted over events in Ukraine, says TASS.   -   Copyright  Canva
By Reuters  •  Updated: 17/03/2022

Russian government websites are facing unprecedented cyber attacks and technical efforts are being made to filter foreign web traffic, the TASS news agency cited the digital ministry as saying on Thursday.

Russian government entities and state-owned companies have been targeted over events in Ukraine, with the websites of the Kremlin, flagship carrier Aeroflot and major lender Sberbank among those to have seen outages or temporary access issues in recent weeks.

The ministry was working to adjust to the new conditions, it said, as cyber attacks ratchet up.

"If previously their power at peak moments reached 500 gigabytes, then now it is at 1 terabyte," the ministry said. "That is two to three times more powerful than the most serious incidents of this kind that have been previously reported."

As Russia becomes increasingly isolated from global financial systems and supply chains, the government has proposed a raft of measures to support the IT sector, among others.

Technology firms will have access to preferential tax and lending conditions and the digital ministry has previously suggested Russian IT companies discuss a phased transfer of technical support components with foreign firms.

Citing draft government documents, Interfax reported late on Wednesday that the digital ministry had proposed allocating 14 billion roubles ( around €120 million) to support IT companies in the form of grants.

Reuters could not immediately verify that report.

Kaspersky could be used in cyberattacks in Europe, German agency warns