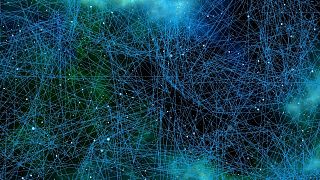 Instagram users in Russia could no longer see images on the app on March 14, after it was blocked by the state media regulator   -  Copyright  Canva
By Tom Bateman  •  Updated: 14/03/2022

In the weeks since Russia launched its invasion of Ukraine, the country's government, led by President Vladimir Putin, has moved to tighten its grip on the flow of information about the war.

It has targeted social media, blocking Twitter, Facebook, and Instagram. Russian media outlets have been targeted by a new law that threatens closure and even jail time for spreading so-called "fake news" about the war.

Now, the censorship of information about the invasion of Ukraine has fuelled speculation that the Russian government is planning to take its control of information online to the next level - by cutting the country off from the global Internet.

There has long been evidence that the Kremlin aspires to separate the Russian Internet from the rest of the world.

After elections in 2011 led to widespread protests in Russia over allegations of electoral fraud, the Kremlin began to take the threat the Internet posed to its authority more seriously, Alena Epifanova, a researcher at the German Council on Foreign Relations, told Euronews Next.

"This idea of a so-called 'sovereign Internet' is not that new," she said.

"When people went to the streets in 2011, 2012, I think the Kremlin realised what kind of power a free Internet and social media networks have for democracy, for people, for protests," she said.

After that happened, Russian authorities began to ask internet service providers and network hosting services to block or restrict certain content on request.

"But, you know, it's a super ineffective way to remove information," Epifanova said.

They also brought about the creation of a Russian DNS, or "domain name system," a crucial piece of infrastructure if Russia were to separate its Internet from the rest of the world.

Is Russia ready to cut itself off?

But despite the government's efforts, Russia is not ready to make the switch to a domestic DNS, Epifanova said.

"The system of its implementation is so non-transparent, we simply don't know which stage they are at now," she said.

They prefer to pay fines, rather than to connect to the national DNS

One sign that this is the case is the resistance of Russian Internet service providers to government pressure to transfer their services, despite the threat of fines for non-compliance.

Another factor is Russia's economic and technological reliance on the outside world.

Unlike in China - another country that has tightly controlled Internet access - Russia's attempt at building a “sovereign Internet” is relatively recent. The country is far more integrated into the global internet, and far more economically reliant on the access it provides.

"Russia is a bit more complicated, because from the very beginning a lot of different domestic and international actors were involved in building the internet infrastructure, and in the IT market there are still too many actors and also private actors, providing different services, infrastructure, and access to the internet, to IP protocols," Epifanova told Euronews Next.

Will the rest of the world cut Russia off instead?

In the weeks since the invasion of Ukraine began, chipmakers, software providers and financial services have stopped doing business with Russian customers as sanctions take hold.

In a March 4 email to Russian customers, Cogent cited "the economic sanctions put in place as a result of the invasion and the increasingly uncertain security situation," as well as "the unwarranted and unprovoked invasion of Ukraine" as reasons for the shutdown.

While international ISPs pulling out of Russia will not cut the country off from the Internet, it will limit bandwidth, potentially lowering the speed of Internet traffic as remaining providers become increasingly congested.

A blog by Doug Madory, Director of Internet Analysis at network tracking firm Kentik, highlighted the potential for traffic disruption: Cogent's top three customers in Russia prior to pulling out of the country were the state telecom operator Rostelecom, as well as Megafon and VEON, two of the country's top three mobile network operators.

ICANN has been built to ensure that the Internet works, not for its coordination role to be used to stop it from working

But in a response to Ukrainian vice prime minister Mykhailo Fedorov, ICANN CEO Göran Marby said his organisation would not take action.

"Our mission does not extend to taking punitive actions, issuing sanctions, or restricting access against segments of the Internet – regardless of the provocations," Marby wrote.

What could it mean for Russians?

One argument against cutting off Russia's Internet access is that it could limit Russians' access to accurate information from abroad about the war in Ukraine, according to Russian digital rights organisation Roskomsvoboda.

"Such actions will not lead to an improvement in the situation in Ukraine, yet they can significantly worsen the situation in Russia with regard to respect of fundamental human rights," Roskomsvoboda said in a statement responding to Cogent's decision to withdraw its services from Russia.

Cutting Russian access to the Internet could also play into the government's hands, Roskomsvoboda argued, saying it could provide a "specious and convenient pretext" to "swiftly complete the process of isolating the [Russian internet] and the people of Russia from the rest of the world".

The fallout from the war is also likely to severely impact Russia's tech industry, Epifanova said, as it suffers the effect of sanctions and rising state control.

"When the whole world is talking about developing information technology which is needed for the future, Russia's leadership does completely the opposite. It damaged everything that was already there, and it made the conditions for working in Russia absolutely impossible," she said.

But despite rumours of a total decoupling from the global Internet, and the threat of growing censorship within the country, the huge rise in VPN traffic from Russia, as well as efforts to offer access to information via theanonymous Tor browser are a sign of hope, Epifanova told Euronews Next.

"This is my hope; that the IT community will develop new tools to get around these blockages and will be one step ahead," she said.

"And that information will still be accessible in Russia, because it's so important that people can get independent information on what's going on in Ukraine".